Life might survive, and thrive, in a hydrogen world. 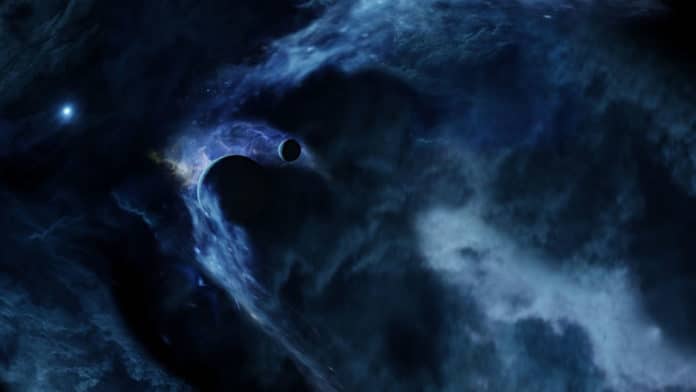 Explorations for search for life on exoplanets via atmospheric ‘biosignature gases’ is accelerating. These explorations are motivated by the capabilities of the next generation of space- and ground-based telescopes.

What if, astronomers might encounter them already but failed to recognize them as actual life.

That is a possibility that astronomers like Sara Seager would like to avoid. In a new study, a team of astronomers at MIT is searching beyond a “terra-centric” view of life. They are casting a wider net for what kinds of environments beyond our own might be habitable.

According to the team, exoplanets with hydrogen in their atmospheres are a good place to seek out alien life.

Why do astronomers want to look at planets with hydrogen-rich atmospheres?

Our present-day atmosphere is very different from the earth‘s original atmosphere, which was mostly hydrogen and helium with lesser amounts of ammonia and methane. There was no oxygen until the Great Oxidation Event.

The Great Oxygenation Event occurred when cyanobacteria living in the oceans started producing oxygen through photosynthesis. As they changed the atmosphere to an oxidizing atmosphere, almost all life on earth went extinct.

Hydrogen gas lingered in the atmosphere for possibly billions of years, even after GOE.

The small amount of hydrogen that remains today is consumed by certain ancient lines of microorganisms, including methanogens.

Methanogens are well-studied, and scientists know that they can grow in 80% hydrogen atmospheres, at least in labs. But, this new study has suggested that there aren’t many studies exploring how other microbes can tolerate hydrogen-rich environments.

Through this study, scientists wanted to demonstrate that life survives and can grow in a hydrogen atmosphere.

In laboratory studies, the team observed that single-celled microorganisms (Escherichia coli and yeast) could survive in hydrogen-enriched atmospheres- an environment that is vastly different from Earth’s nitrogen- and an oxygen-rich atmosphere.

The team studied the viability of two types of microbes- Escherichia coli and yeast- in an environment of 100 percent hydrogen. Before this, these microbes had not been studied in hydrogen-dominated environments.

In their experiments, they separately grew cultures of yeast and E. coli, then infused the cultures with the microbes into separate bottles, loaded up with a “broth,” or nutrient-rich culture that the microbes could take care of. They then flushed out the oxygen-rich air in the bottles and filled the remaining of the “headspace” with a specific gas of interest, for example, a gas of 100 percent hydrogen. Later, they placed the bottles in an incubator, where they were gently and consistently shaken to advance mixing between the microbes and nutrients.

Every hour, a team member collected samples from each bottle and counted the live microbes. They continued to sample for up to 80 hours. Their results represented a classic growth curve: At the beginning of the trial, the microbes proliferated in number, feeding off the nutrients and populating the culture. Eventually, the number of microbes leveled off. The population, still thriving, was stable, as new microbes continued to grow, replacing those that died off.

Seager acknowledged, “Biologists do not find the results surprising. After all, hydrogen is an innocuous gas, and as such, is not inherently toxic to organisms.”

“It’s not like we filled the headspace with a poison. But seeing is believing. If no one’s ever studied them, especially eukaryotes, in a hydrogen-dominated environment, you would want to experiment to believe it.”

“The experiment was not designed to show whether microbes can depend on hydrogen as an energy source. Rather, the point was more to demonstrate that a 100 percent hydrogen atmosphere would not harm or kill certain forms of life.”

Until now, astronomers were unable to study the atmospheres of small, rocky exoplanets. And while scientists have conjectured that planets should harbor hydrogen-rich atmospheres, no working telescope has the resolution to spot them.

The team hopes that future powerful telescopes would spot such a world.

Seager said, “It’s kind of hard to get your head around, but that light gas makes the atmosphere more expansive. And for telescopes, the bigger the atmosphere is compared to the backdrop of a planet’s star, the easier it is to detect.”

“If we ever get the chance to sample such a hydrogen-rich planet, it probably would have hydrogen-rich minerals rather than what we call oxidized ones, and also oceans, as we think all life needs liquid of some kind, and you could probably still see a blue sky. We haven’t thought about the entire ecosystem. But it doesn’t necessarily have to be a different world.”