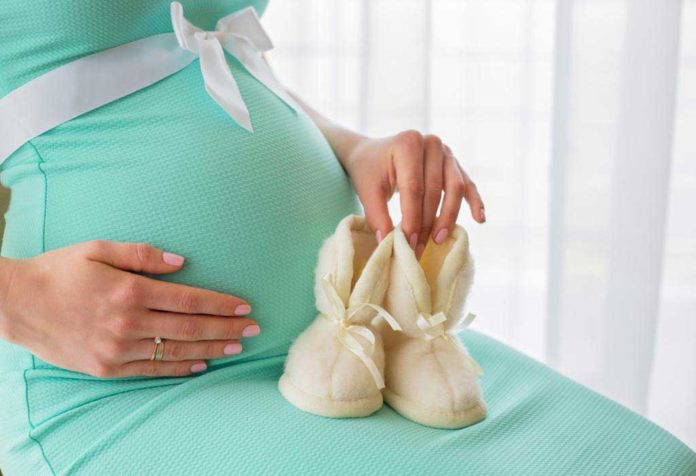 Preeclampsia is a condition that occurs only during pregnancy. Some symptoms of preeclampsia may include high blood pressure and protein in the urine, occurring after week 20 of pregnancy.

According to an estimate, Preeclampsia affects % – 8% of women in the U.S. who give birth each year. The condition also increases a woman’s risk for cardiovascular disease later in life.

Left untreated, preeclampsia can lead to serious — even fatal — complications for both you and your baby. If you have preeclampsia, the most effective treatment is delivery of your baby. Currently, there’s no cure for preeclampsia, and only childbirth can alleviate symptoms.

In a new study, scientists found that functionalized magnetic beads can potentially reduce blood levels of a harmful molecule that is elevated during preeclampsia.

Scientists focused on a molecule, called sFlt-1, which is released by the placenta into the woman’s bloodstream and rises to high levels during preeclampsia. High levels of sFlt-1 are responsible for blood vessel wall dysfunction, contributing to high blood pressure and for trapping two other important molecules that enhance blood vessel wall function called VEGF and PIGF.

Scientists took blood from women with preeclampsia to see if magnetic beads could essentially drag sFlt-1 out of circulation, therefore freeing up levels of VEGF and PIGF. And as expected, the magnetic beads reduced sFlt-1 by 40% and freed up to two times more PIGF, reducing the sFlt-1/PlGF ratio by 63 percent.

Lead study author Vassilis Tsatsaris, M.D., Ph.D., a professor of obstetrics and gynecology at Cochin Hospital in Paris said, “This was a proof of concept study and our approach aims to restore physiologic levels of angiogenic factors. The reduction of sFlt-1 and the release of angiogenic factors is very significant and promising.”

Based on the success of these early findings, Tsatsaris and his colleagues would like to expand their study and repeat these experiments to see if this approach can control preeclampsia and prolong pregnancy while reducing the risks of prematurity for the baby.

The study is published in the journal Hypertension.

Venoms found in snakes and mammals share a common origin

Jonathan is the oldest tortoise ever