The angle maximised the amount of climate-changing gases thrust into the upper atmosphere. 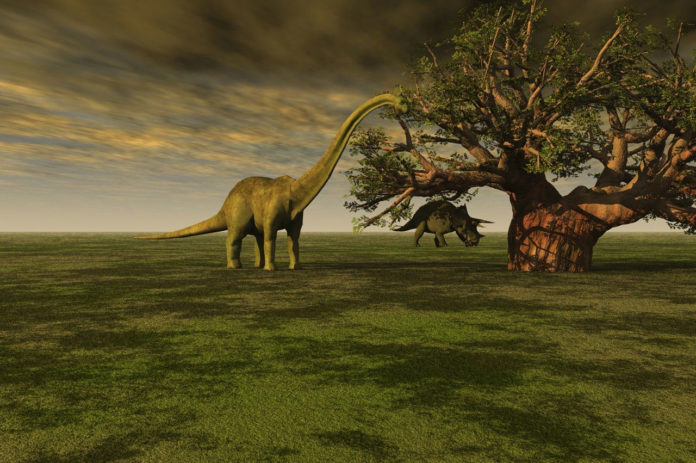 Almost 66 million years ago, after a 7.5-mile-wide asteroid crashed into the ocean near what’s now the port town of Chicxulub, Mexico. The impact brought the age of dinosaurs to an abrupt end, wiping out the vast majority of the iconic beasts along with about three-quarters of all life on Earth.

New simulations from Imperial College London have uncovered this asteroid struck Earth at the deadliest conceivable angle. The simulations show that the asteroid hit Earth at an edge of around 60 degrees, which maximized the amount of climate-changing thrust into the upper atmosphere.

Such a strike likely unleashed billions of tonnes of sulfur, blocking the sun and triggering the nuclear winter that killed the dinosaurs and 75 percent of life on Earth 66 million years ago.

Scientists created the model using a combination of 3D numerical impact simulations and geophysical data from the impact site. The models are the first that reproduce the whole event – from start to end- now known as Chicxulub, was formed.

The simulations used a 17-km diameter asteroid with a density of 2630 kgm3 and a speed of 12 km/s. Scientists performed the simulations on the Science and Technology Facilities Council (STFC) DiRAC High-Performance Computing Facility.

Currently, the Chicxulub crater has high measures of water and porous carbonate and evaporite rocks. When heated and disturbed by the impact, these rocks would have decomposed, hurling massive measures of carbon dioxide, sulfur, and water vapor into the atmosphere.

The sulfur would have been particularly hazardous as it rapidly forms aerosols – tiny particles that would have blocked the sun’s rays, halting photosynthesis in plants and rapidly cooling the climate. This eventually contributed to the mass extinction event that killed 75 percent of life on Earth.

Using geophysical data, scientists examined the shape and subsurface structure of the crater to feed into the simulations that analyzed the impact angle and direction. Ongoing outcomes likewise educated Their examination from boring into the 200 km-wide craters, which raised rocks containing proof of the outrageous powers produced by the effect.

Scientists noted, “The simulations reconstructed the crater formation in unprecedented detail and gave us more clues as to how the largest craters on Earth are formed.”

Co-author Dr. Auriol Rae of the University of Freiburg said: “Despite being buried beneath nearly a kilometer of sedimentary rocks, it is remarkable that geophysical data reveals so much about the crater structure – enough to describe the direction and angle of the impact.”

The researchers say that while the study has given us important insights into the dinosaur-dooming impact, it also helps us understand how large craters on other planets form.

Co-author Dr. Thomas Davison, also of Imperial’s Department of Earth Science and Engineering, said: “Large craters like Chicxulub are formed in a matter of minutes, and involve a spectacular rebound of rock beneath the crater. Our findings could help advance our understanding of how this rebound can be used to diagnose details of the impacting asteroid.”

Dinosaur’s butthole described in detail for the 1st time