Landmark study finds potential to regrow trees on the area the size of the United States. 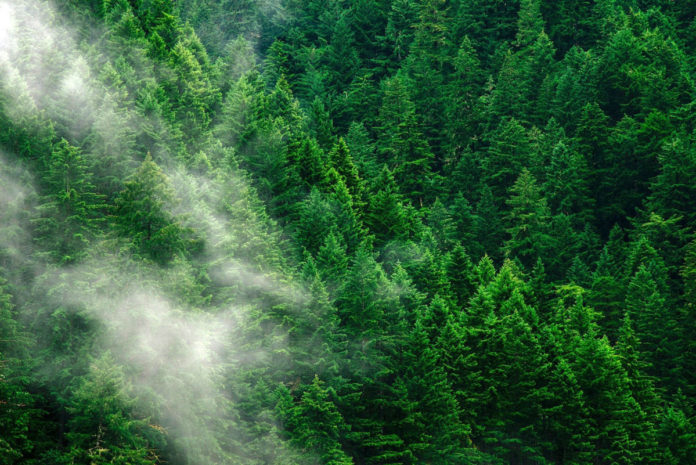 The world is getting warmer. Whether the cause is a human activity or natural variability—and the preponderance of evidence says it’s humans—thermometer readings all around the world have risen steadily since the beginning of the Industrial Revolution.

Despite this, the fight against climate change is a real opportunity to transition to a low carbon society.

Nations around the globe recognized the basic to follow up on climate change with the Paris Agreement in 2015, making vows to decrease greenhouse gas emission. The Intergovernmental Panel on Climate Change (IPCC), which synthesizes the scientific consensus on the issue, has defined an objective of holding warming under 2 degrees Celsius (3.6 Fahrenheit) and seeking after an even lower warming cap of 1.5 degrees Celsius (2.7 Fahrenheit).

The rebuilding of the Earth’s forest is the world’s best solution to environmental change accessible today and can catch two-thirds of human-made carbon emissions, discovers a new landmarking study by the Crowther Lab.

Adding nearly 1 billion additional hectares of forest could remove two-thirds of the roughly 300 gigatons of carbon humans have added to the atmosphere since the 1800s.

This is for the first time, scientists have quantified what number of trees the Earth can support, where they could exist and how much carbon they could store. It finds that there is potential to expand the world’s forest land by a third without influencing living urban communities or agribusiness, regrowing trees over an area the size of the United States or bigger than Brazil.

Laura Duncanson, a carbon storage researcher at the University of Maryland in College Park and NASA who was not involved in the research, said, “Forests represent one of our biggest natural allies against climate change. This is an admittedly simplified analysis of the carbon restored forests might capture, and we shouldn’t take it as gospel.”

A report released in 2018 by the United Nations’s Intergovernmental Panel on Climate Change recommended that ‘planting 1 billion hectares of forests to help limit global warming to 1.5° C by 2050.’

The study, led by Dr. Jean-Francois Bastin, also suggests that there is further potential to regrow trees in croplands and urban areas, highlighting the scope for agroforestry and city trees to play a significant role in tackling climate change.

The need for action is urgent: the climate is already changing and every year reduces the area of land that can support new forests. Even if global warming is limited to 1.5°C, the area available for forest restoration could be reduced by a fifth by 2050.

Professor Tom Crowther, a senior author of the study, said: “We all knew restoring forests could play a part in tackling climate change, but we had no scientific understanding of what impact this could make. Our study shows clearly that forest restoration is the best climate change solution available today, and it provides hard evidence to justify the investment. If we act now, this could cut carbon dioxide in the atmosphere by up to 25%, to levels last seen almost a century ago.”

“However, it will take decades for new forests to mature and achieve this potential. It is vitally important that we protect the forests that exist today, pursue other climate solutions, and continue to phase out fossil fuels from our economies to avoid dangerous climate change.”

During the analysis, scientists analyzed nearly 80,000 satellite photographs for current forest coverage and categorized the planet according to 10 soil and climate characteristics. Doing this, they found areas that were more or less suitable for different types of forest. After subtracting existing forests and regions dominated by agriculture or cities, they calculated how much of the planet could sprout trees.

Scientists found that the Earth could usually support 0.9 billion hectares of new forest—a zone the size of the United States—without impinging on existing urban or agricultural lands.

Dr. Jean-François Bastin, the lead author of the study, said: “Our study provides a benchmark for a global action plan, showing where new forests can be restored around the globe. Action is urgent, and governments must now factor this into their national strategies to tackle climate change.”

The study finds that more than half the potential to restore trees can be found in just six countries: Russia (151 million hectares); USA (103 million); Canada (78 million); Australia (58 million); Brazil (50 million); and China (40 million).

It also highlights significant inconsistencies in the targets of several global restoration initiatives and warns that better country-level forest accounting is critical for developing effective forest management and restoration strategies.

Ecologist Greg Asner of Arizona State University in Tempe, who was not involved in the research said, “This work captures the magnitude of what forests can do for us. They need to play a role if humanity is going to achieve our climate mitigation goals.”

Ms. Christiana Figueres, Founding Partner, Global Optimism and Former Executive Secretary, UN Climate Convention, also commented: “Finally an authoritative assessment of how much land we can and should cover with trees without impinging on food production or living areas. A hugely important blueprint for governments and the private sector.”

Will Baldwin-Cantello, Global lead on Forests at WWF, said: “Our forests are the world’s biggest natural ally in the fight against climate change, but without them, we will lose the fight to keep global warming below 1.5 C. That’s why it’s crucial that we act to restore forests whilst drastically cutting our global carbon emissions. This new research demonstrates how much natural capacity our planet has to grow and sustain additional forest; now, the challenge is to understand how and where we can accelerate this implementation, while still feeding our growing global population.”

“Tackling the climate crisis and restoring our forests requires unprecedented levels of co-operation and support at both a local and global level, supported by initiatives such as Trillion Trees that are accelerating delivery on the ground. We have the solutions at our fingertips; we need the global political will to fight for our world.”

René Castro, Assistant Director-General, FAO, commented on the paper: “Forests are one of our biggest allies in combatting climate change with measurable results. Deforestation not only contributes to an alarming loss of biodiversity but limits our ability to store carbon in the trees, undergrowth, and soil. We now have definitive evidence of the potential land area for re-growing forests, where they could exist and how much carbon they could store.”