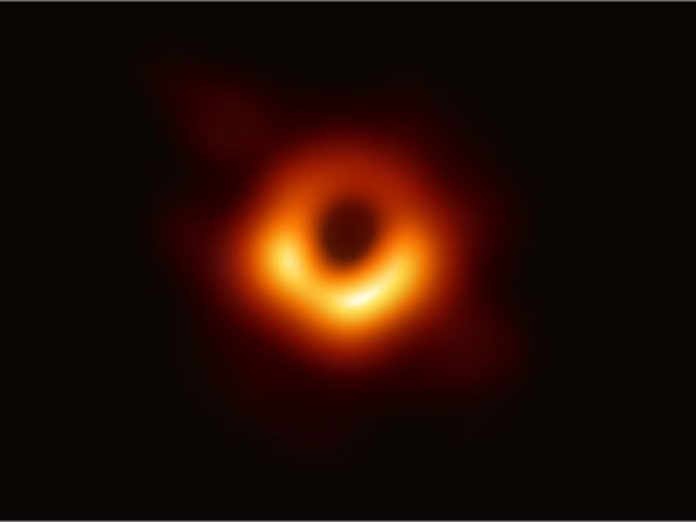 Milky Way hosts a supermassive black hole at its center called Sagittarius A*.

A new study by the University of California – Santa Barbara, aimed to determine whether the black hole’s magnetic field, which is generated by in-falling matter, can build-up to the point where it briefly chokes off this flow, a condition scientists call magnetically arrested.

The system in question spans seven orders of magnitude. The black hole’s event horizon, or envelope of no return, reaches around 4 to 8 million miles from its center. Meanwhile, the stars orbit approximately 20 trillion miles away, or about as far as the sun’s nearest neighboring star.

Sean Ressler, a postdoctoral researcher at UC Santa Barbara’s Kavli Institute for Theoretical Physics (KITP), said, “So you have to track the matter falling in from this very large scale down to this very small scale. And doing that in a single simulation is incredibly challenging, to the point that it’s impossible. The smallest events proceed on timescales of seconds while the largest phenomena play out over thousands of years.”

The study connects small scale simulations with large-scale simulations that can be constrained by actual observations. To do so, scientists divided the task between models at three overlapping scales.

Ressler said, “The first simulation relied on data from Sagittarius A*’s surrounding stars. Fortunately, the black hole’s activity is dominated by just 30 or so Wolf-Rayet stars, which blow off tremendous amounts of material. The mass loss from just one of the stars is larger than the total amount of stuff falling into the black hole during the same time. The stars spend only around 100,000 years in this dynamic phase before transitioning into a more stable stage of life.”

The observation data helped scientists in the simulation of orbits of these stars over about a thousand years. Later on, the results were used as the starting point for simulation of medium-range distances, which evolve over shorter time scales.

Scientists repeated this for the simulation down to the very edge of the event horizon, where the activity takes place in matters of seconds. Rather than stitching together hard overlaps, this approach allowed scientists to ade the results of the three simulations into one another.

KITP postdoc Chris White said, “These are the first models of the accretion at the smallest scales in [Sagittarius] A* that take into account the reality of the supply of matter coming from orbiting stars.”

White said, “The other ingredient that helps create jets is a rapidly spinning black hole, so this may be telling us something about the spin of Sagittarius A*.”

The results are a big step forward in our understanding of the activity at the center of the Milky Way.

Ressler said, “This is the first time that Sagittarius A* has been modeled over such a large range in radii in 3-D simulations, and the first event horizon-scale simulations to employ direct observations of the Wolf-Rayet stars.”