Measuring neutron lifetime from space for the first time 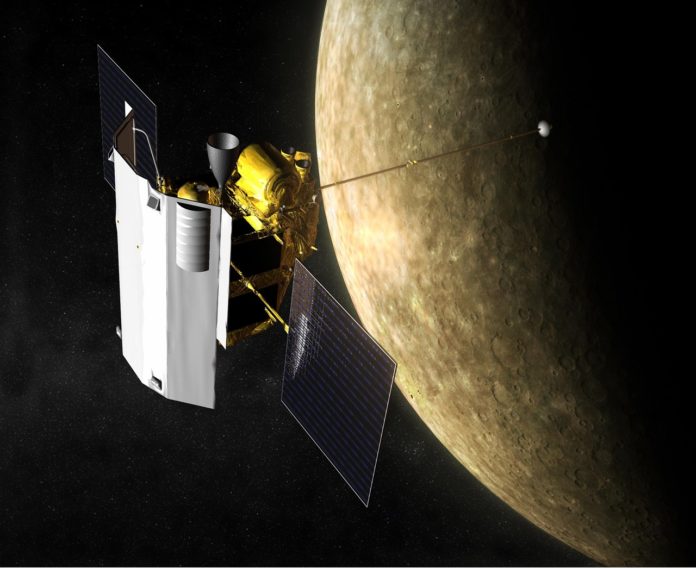 The lifetime of neutrons could tell us more about the element’s formation after Big Bang that formed the universe 13.8 billion years ago.

As MESSENGER flew over Venus and Mercury, it measured the rates at which neutron particles were leaking out from the two planets. The number of neutrons detected depended on the time it took them to fly up to the spacecraft relative to the neutron lifetime. This gives scientists a way to calculate how long the subatomic particles could survive.

Dr. Vincent Eke, in the Institute for Computational Cosmology, at Durham University, said: “The lifetime of free neutrons provides a vital test of the Standard Model of particle physics, and it also affects the relative abundances of hydrogen and helium formed in the early universe just minutes after the Big Bang, so it has wide-ranging implications.”

“Space-based methods offer the possibility of breaking the impasse between the two competing Earth-based measurement techniques.”

The bottle method suggests they can survive on average for 14 minutes, 39 seconds. The beam method, on the other hand, gives about 14 minutes and 48 seconds, nine seconds longer than the bottle method.

While this might seem a small difference, scientists say the gap could be enormous. As the Standard Model of particle physics requires the neutron lifetime to be about 14 minutes 39 seconds, any deviation from this would provoke a fundamental change in our understanding of this model.

MESSENGER carried a neutron spectrometer to detect neutrons set loose into space by cosmic rays colliding with atoms on Mercury’s surface as part of research to determine the existence of water on the planet.

Dr. Jacob Kegerreis, in the Institute for Computational Cosmology, at Durham University, said: “Even though MESSENGER was designed for other purposes, we were still able to use the data to estimate the neutron lifetime. The spacecraft made observations over a large range of heights above the surfaces of Venus and Mercury, which allowed us to measure how the neutron flux changes with distance from the planets.”

Using models, scientists estimated that the number of neutrons MESSENGER should count at its altitude above Venus for neutron lifetimes would be between 10 and 17 minutes. For the shorter lifetimes, fewer neutrons survive long enough to reach MESSENGER’s neutron detector.

They found the neutron lifetime to be 13 minutes, with an uncertainty of about 130 seconds from statistical and other uncertainties, like whether the number of neutrons changes during the day and uncertainty about the chemical make-up of Mercury’s surface.

Lead author Dr. Jack Wilson, of the Johns Hopkins Applied Physics Laboratory, said: “It’s like a large bottle experiment, but instead of using walls and magnetic fields, we use Venus’s gravity to confine neutrons for times comparable to their lifetime.”

Scientists noted, “As systematic errors in space-based measurements are unrelated to those in the bottle and beam methods, this new method could provide a way to break the deadlock between the existing, competing measurements.”

“More precise measurements would require a dedicated space mission, possibly to Venus, as its thick atmosphere and large mass trap neutrons around the planet.”

The first-ever detection of neutrinos produced in the Sun

Scientists investigated the similarities between the universe and the human brain

Does the human brain resemble the Universe?
Read more
Space

The first complete family tree of our home galaxy

The dark side of our galaxy

Why does the Milky Way look the way it does?
Read more
Space

Our universe is getting hotter, study

Temperature has increased about 10-fold over the last 10 billion years.
Read more

Our galaxy is being slowly pulled by neighboring galaxy

The long-held belief that the Milky Way, the galaxy containing Earth and the solar system, is relatively static has been ruptured by fresh cosmic insight.
Read more

Earth is 2,000 light-years closer to supermassive black hole Sagittarius A*

The emission is caused by an interaction between the magnetar’s magnetic fields and dense stellar winds.
Read more