Studying Supernova Remnants is essential to better comprehend their role in the evolution of galaxies, dispersing the heavy elements made in the supernova explosion into the interstellar medium (ISM) and providing the energy needed for heating the ISM. They are also responsible for the acceleration of galactic cosmic rays.

Recently, Chinese astronomers used ESA’s XMM-Newton spacecraft and detected a luminous supernova remnant (SNR) known as W49B. The discovery highlights the properties of this SNR and on the nature of its progenitor.

W49B is a mixed-morphology SNR, located between 26,000 and 36,800 light-years away from the Earth. It is one of the first supernova remnants detected with recombining (over-ionized) plasma (RP) and also one of the most luminous SNRs in the Milky Way in the 1.0 GHz radio band or GeV gamma-rays.

However, the nature of W4NB’s progenitor is poorly understood. Some studies have suggested that it is a core-collapse (CC) supernova. In contrast, few indicate that supernova, however, some studies propose that it could be a thermonuclear Type Ia SN, or even jet-driven Type Ib/Ic explosion.

Astronomers in this study decided to determine which scenario is true. To do so, they analyzed archival XMM-Newton observations of W49B. They performed comprehensive X-ray spectroscopy and imaging analysis of SNR W49B using archival XMM-Newton data.

They found that the spectral evidence for over-ionization of iron and also lighter elements like silicon, sodium, and calcium, in the ejecta-dominated hot plasma of W49B. Moreover, the research constrained the thermal and ionization properties of the RP in this SNR.

Specifically, the research found that the RP in W49B has a multi-temperature composition and consists of two components with a total mass of around 4.6 solar masses. The two components turned out to be both dominated by the ejecta material but characterized by different electron temperatures (about 1.60 and 0.64 keV) and recombination ages (approximately 6,000 and 3,400 years).

The research data also provides line flux images and the equivalent width maps of various emission lines for W49B. Furthermore, the chemical study of the ejecta in W49B discovered the metal abundance ratios support the core-collapse supernova progenitor (with a mass below 15 solar masses) scenario for the studied SNR.

Astronomers concluded, “If W49B originates from a CC explosion, our results suggest the progenitor mass be below 15 solar masses. But the high Mn abundance (Mn/Fe > 1) will be confusing in the CC context. If W49B originates from a Type Ia SN, our results indicate that the metal abundance ratios could be roughly consistent with a DDT [delayed-detonation] model with multi-spot ignition, but the X-ray emitting ejecta only account for ~10 percent of the total SN ejecta,” the astronomers concluded.” 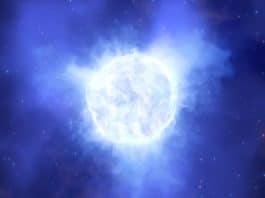 ESO Telescope Captures the Disappearance of a Massive Star 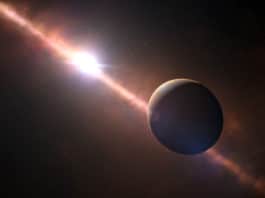 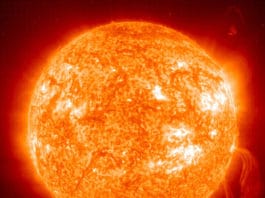 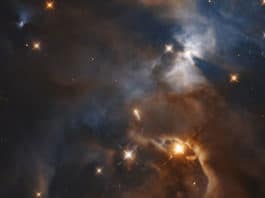 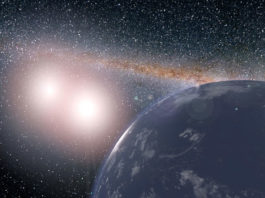 The boundary between water and rock on the exoplanets is not... 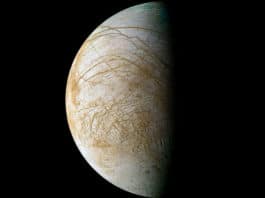 Jupiter’s moon Europa would be able to sustain life