A sub-atomic particle could solve the mystery of dark matter

This new result is particularly exciting since it doesn’t require any concepts that are new to physics. 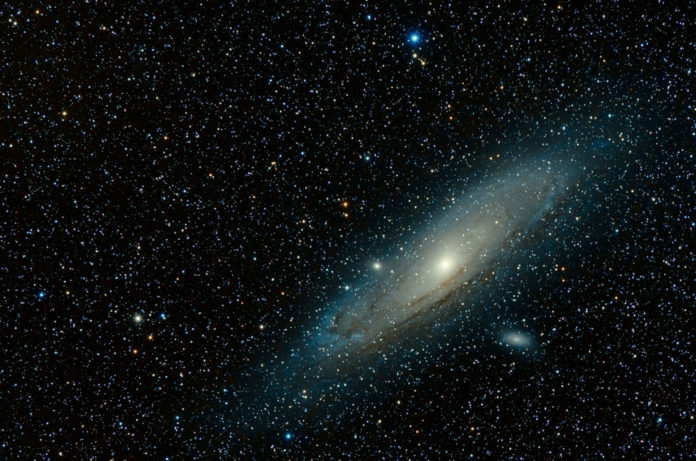 Despite many decades of study, the physical origin of ‘dark matter’ in the Universe remains elusive.

Scientists at the University of York in a new study have identified a sub-atomic particle that could have formed the “dark matter” in the Universe during the Big Bang. The particle is known as the d-star hexaquark- consisting of six quarks—the fundamental particles that usually combine in trios to make up protons and neutrons.

According to scientists, in the conditions shortly after the Big Bang, many d-star hexaquarks could have grouped as the universe cooled and expanded to form the fifth state of matter—Bose-Einstein condensate.

Significantly, the six quarks in a d-star result in a boson particle, which implies that when numerous d-stars are available, they can join all together in different manners to the protons and neutrons.

Professor Daniel Watts from the department of physics at the University of York said: “The origin of dark matter in the universe is one of the biggest questions in science and one that, until now, has drawn a blank. Our first calculations indicate that condensates of d-stars are a feasible new candidate for dark matter. This new result is particularly exciting since it doesn’t require any concepts that are new to physics.”

Co-author of the paper, Dr. Mikhail Bashkanov from the Department of Physics at the University of York said: “The next step to establish this new dark matter candidate will be to obtain a better understanding of how the d-stars interact—when do they attract and when do they repel each other.“

“We are leading new measurements to create d-stars inside an atomic nucleus and see if their properties are different from when they are in free space.”

This is the first study that shows d-star hexaquarks could form in the early primordial universe, with a production rate sufficiently large that they are a plausible new candidate for dark matter.

A new possibility for light-quark dark matter is published in the Journal of Physics G Letters.

Astrophysicists reconstructed the first moments of the universe

What can gravitational waves reveal about dark matter?