Earth may have been a ‘Waterworld’ 3.2 billion years ago

Earth’s water cycle may have gone through two separate phases of steady-state behavior, before and after the emergence of the continents. 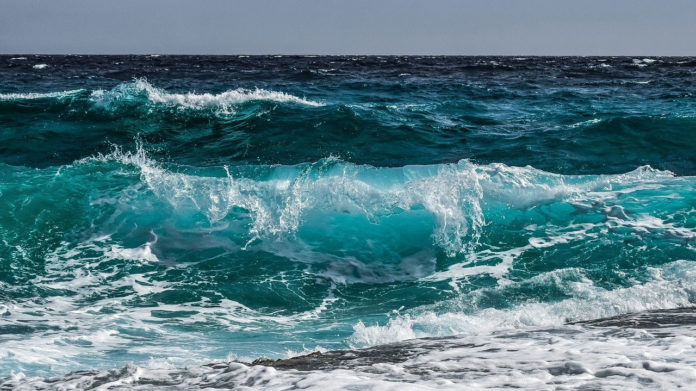 The origin and evolution of Earth’s biosphere were shaped by the physical and chemical histories of the oceans. Marine chemical sediments and altered oceanic crust protect a geochemical record of these chronicles.

What ancient Earth may have looked like. Was the planet much hotter than it is today?

A new study finally figured out the answer- suggesting that the early Earth may have been a real-life “Waterworld”—without a continent insight. Scientists examined approximately 3.24-billion-year-old hydrothermally altered oceanic crust from the Panorama district in the Pilbara Craton of Western Australia as an alternative oxygen isotope archive to marine chemical sediments. By taking advantage of hydrothermal chemistry, they found that the surface of Earth was likely covered by a global ocean 3.2 billion years ago.

The study could help scientists determine how and where single-cell organisms first emerged on Earth.

Boswell Wing, a coauthor of the research, said, “The history of life on Earth tracks available niches. If you’ve got a Waterworld, a world covered by ocean, then dry niches are just not going to be available.”

Scientists considered the study as a one-of-a-kind opportunity to pick up clues about the chemistry of ocean water from billions of years ago.

Lead author Benjamin Johnson, who researched a postdoctoral position in Wing’s lab at CU Boulder, said, “There are no samples of really ancient ocean water lying around, but we do have rocks that interacted with that seawater and remembered that interaction.”

“The process is like analyzing coffee grounds to gather information about the water that poured through it. To do that, the researchers analyzed data from more than 100 rock samples from across the dry terrain.”

Scientists were looking for two different flavors—or “isotopes”—of oxygen trapped in stone: a slightly heavier atom called Oxygen-18 and a lighter one called Oxygen-16. They found that the ratio of those two isotopes of oxygen may have been a bit off in seawater 3.2 billion years ago—with just a smidge more Oxygen-18 atoms than you’d see today.

Wing said, “There’s nothing in what we’ve done that says you can’t have teeny, micro-continents sticking out of the oceans. We don’t think that there was the global-scale formation of continental soils like we have today.”

Which leaves a big question: When did plate tectonics push up the chunks of rock that would eventually become the continents we know and love?

Scientists aren’t sure. But they’re planning to scour other, younger rock formations at sites from Arizona to South Africa to see if they can spot when land masses first roared onto the scene.

The study is published in Nature Geoscience.

Largest rogue wave ever observed in the waters off of Ucluelet, B.C