This control mechanism could be used to send more internet data through fiber optic cables. 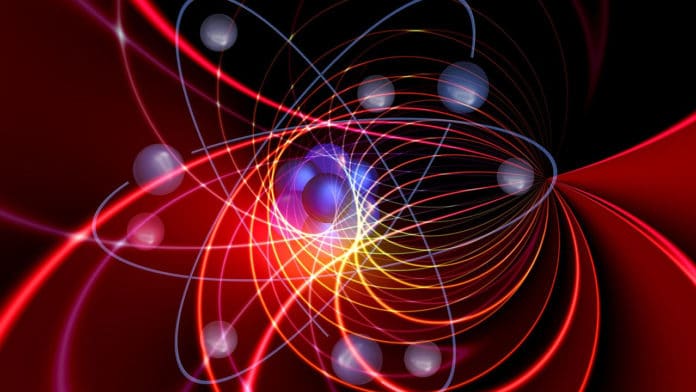 Photons are more challenging to control than electrons. But, anyway, it is essential to control photons to develop futuristic technologies like quantum computers.

Standford scientists have devised one such way. They have come up with a pseudo-magnetic force that can precisely control photons.

This new control mechanism can benefit in sending more internet data through fiber optic cables. What’s more, it could have implications in developing light-based chips that would deliver far higher computational power than electronic chips.

Postdoctoral scholar Avik Dutt, first author of the study, said, “What we’ve done is so novel that the possibilities are only just beginning to materialize.”

Scientists, in this study, tricked photons into behaving like-charged electrons. To do so, they sent the photons through carefully designed mazes in a way that caused the light particles to behave as if they were being acted upon by what the scientists called a “synthetic” or “artificial” magnetic field.

Some structures had been designed to generate magnetic forces capable of pushing photons in predictable and useful ways. Interestingly, these structures represent an advance on the existing model of computing.

Scientists then used lasers, fiber optic cables, and other off-the-shelf scientific equipment to bring photons into the proximities required to create these magnetic effects.

Building these tabletop structures empowered scientists to deduce the design standards behind the impacts they found. In the long run, they’ll need to make nanoscale structures that encapsulate these standards to build the chip.

Exoskeletons - robotic wearable technologies that increase our physical capabilities - are slowly leaving the world of comics to become a reality....
Read more
Science

Magnetite is the oldest magnetic material known to humans, yet researchers are still mystified by certain aspects of its properties.
Read more
Invention

When electrons can be made to attract one another, they can form bunches of two, three, four and five electrons that literally behave like new types of particles.
Read more
Technology

A new area for physics and engineering.
Read more
Science

The study demonstrated the backflow of optical light

This observation is relevant to any physical system supporting coherent waves.
Read more

Scientists at the University of Pittsburgh School of Medicine have announced a potential vaccine against Coronavirus that shows promise for neutralizing the...
Read more