The physics behind tossing fried rice 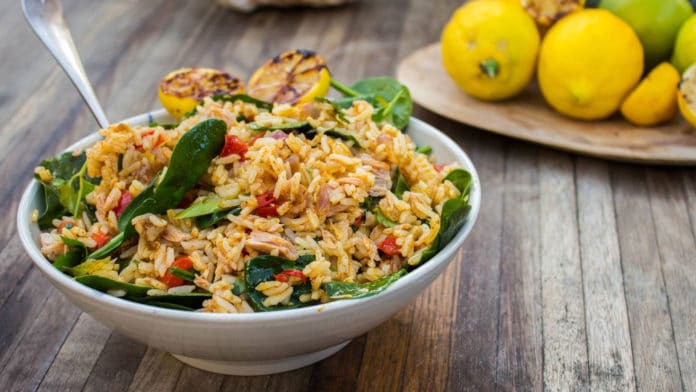 Fried rice is a 1500-year-old dish that is prepared using wok tossing, a technique that enables food to undergo temperatures of 1200°C without burning. Tossing of the heavy wok at high speed may be one contributor to shoulder pain, which is reported by 64.5% of Chinese restaurant chefs.

Be that as it may, what is the physics included, and is it the reason for shoulder pain in chefs?

To find out, a pair of scientists, including Hungtang Ko and David Hu from Georgia Institute of Technology, used high-speed cameras to capture the action at several Chinese restaurants in China and Taiwan. They even have disentangled the physics behind the ideal method to toss fried rice while it is cooking.

Scientists observed the video in slow motion. They found that all chefs use the same tossing patterns. Also, the chefs very rarely lifted the woks off the stove—instead, tossing was achieved by pivoting the pans on parts of the stove.

The woks were made to emulate pendulums utilizing a point on the bottom of the pan as one support and a contact point between another part of the wok and the stove as the other. This allowed the chef to move the wok back and forth, even as they maintain a see-saw motion.

The video also showed that the technique used by the chefs required a degree of skill to heft the rice into the air at just the right height and to keep it from spilling out of the pan. It also showed that, on average, the chefs tossed the rice in their woks 2.7 times per second.

Scientists noted, “It was not just the tossing that accounted for the special taste of fried rice—other factors such as ingredients and sauce preparation played a role, as well.”

“The constant tossing of the rice in the wok likely led to shoulder pain in 64.5 percent of chefs they spoke with. The simulations of the process indicate that a robot could very likely perform the whole process.”

The paper describing the study is published in the Journal of the Royal Society Interface.