Mixing RNA and DNA to study how life began on Earth

RNA and DNA could have appeared simultaneously instead of the widely accepted RNA World theory. 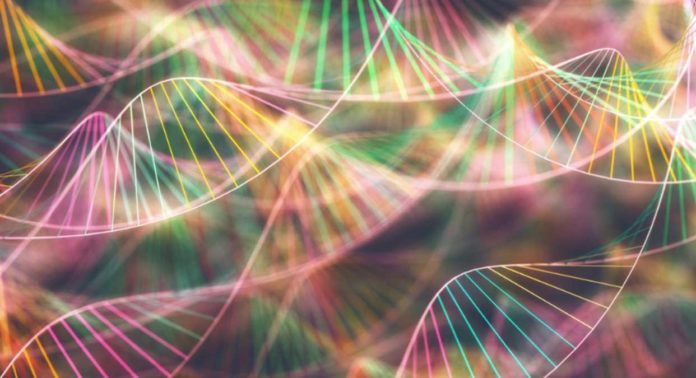 Hypotheses of the origins of RNA and DNA are generally centered on the prebiotic synthesis of a pristine system (pre-RNA or RNA), which gives rise to its descendant. However, a lack of specificity in the synthesis of genetic polymers would probably result in chimeric sequences; the roles and fate of such sequences are unknown.

Since decades, scientists are seeking for how life began on Earth. One theory has caught scientists’ attention: RNA World. The theory suggests that once RNA formed on Earth, it began replicating itself and later gave rise to molecules like DNA.

Ramanarayanan Krishnamurthy, Ph.D., an associate professor of chemistry at Scripps Research, said, “RNA World is a fascinating theory, but it may not hold. The problem is that the ingredients, such as enzymes, to make RNA World work didn’t exist on early Earth.”

“RNA World has given rise to the idea that if you somehow synthesize RNA, which can replicate and catalyze reactions, everything else automatically follows. That’s not the case, because RNA World relies on RNA replicating itself, which is very difficult.”

RNA molecules form stable structures called duplexes, which have a strong binding affinity. Meanwhile, RNA molecules experience difficulty isolating from one another and acting as templates for recreating further without enzymes.

Krishnamurthy offered evidence to demonstrate that life’s process on Earth could have started with molecules that looked like a mixture of RNA and DNA.

In a new study, scientists proposed that mixing RNA and DNA molecules create unstable duplexes and have a lesser affinity for themselves. Shockingly, these “chimeras” have a stronger affinity for RNA and DNA, which enables them to act as templates for making RNA or DNA.

This also enables scientists to create these chimeras in labs which later shows that RNA and DNA can reproduce the chimeras. This behavior could lead to a cross-catalytic amplification of RNA and DNA—a crucial step toward the evolution of complex organisms.

“In organisms today, DNA and RNA perform very different roles in our cells. The new project experimentally supports the idea that life could have arisen from a much messier system, where “pure” RNA and DNA did not exist yet. It’s OK not to have clean chemistry.”

During work, scientists also created heterogeneous mixed molecules made of RNA and a synthetic molecule called TNA, which has been proposed to be a plausible ancestor of RNA (“pre-RNA”).

TNA is fundamentally the same as RNA, yet scientists have replaced one type of sugar molecule (ribose) with another (threose). This permits TNA to cross-pair with RNA and DNA. A molecule like TNA could have played out this cross-pairing at the earliest reference point of advancement, prompting the one next to the other development of TNA and RNA.

By mixing RNA-DNA, scientists showed that it could have been possible to form a mixed molecule that could work as templates for RNA and DNA. This combined molecule is also a high-energy system in the sense that it forms unstable duplexes.

It remains unclear how early life formed, but the experiments at least show chemical reactions that could have eventually led to the pure RNA and DNA sequences that support life today.

Krishnamurthy says, “research going forward should focus on which ingredients needed for RNA-DNA chimeras would have been available on prebiotic Earth. The scientists used several molecules that were likely not available back then, though similar ingredients should have existed.”

The study gives a “proof of principle” that these reactions can work.