An 82-Foot Asteroid will swing by Earth tomorrow morning

The space-rock is predicted to swoop in for its shut strategy to Earth at 3:35 a.m. ET on September 29. 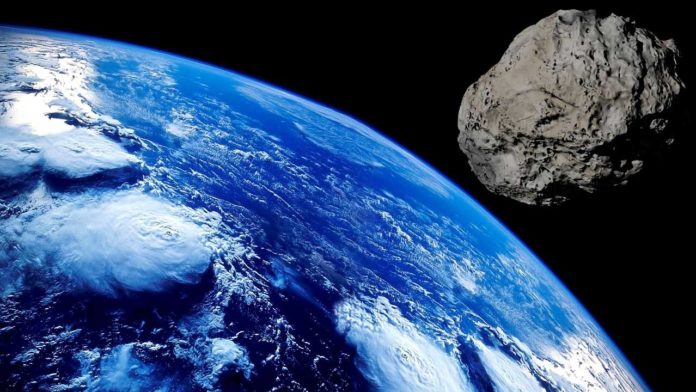 Discovered just a day before, an 82 -foot asteroid will make its closest approach to the Earth at the speed of 14,800 mph in the pre-dawn hours of Sunday morning. The asteroid will pass by a distance that is only a few times the length from Earth to the moon.

The report launched by NASA’s Jet Propulsion Laboratory (JPL) in Pasadena, California, suggests that the asteroid was dubbed 2019 SE5 and bears the label of a near-Earth object (NEO).

Spotted just a day before, JPL scientists spent some time to observe its orbit and pinpoint the moment of its impending flyby of Earth. An in-depth study of its orbital path reveals that the asteroid is an Apollo-type asteroid, and it circles the sun once every two years.

As it is an Apollo-type asteroid, it has the potential to cross Earth’s orbit. Amid its journey, the astroid sometimes passes by Earth as it treks through the inner solar system.

In terms of size, this Near-Earth Object is thought to be at least 36 feet wide and is estimated to measure up to 82 feet in diameter. As reported by NASA’s Center for Near-Earth Object Studies (CNEOS), the asteroid is only slightly larger than the Chelyabinsk meteor.

The space-rock is predicted to swoop in for its shut strategy to Earth at 3:35 a.m. ET on September 29. At its closest level to Earth, the asteroid will fly at 1.34 million miles from the Earth’s surface.