The quiet Sun is much more active than previously assumed

The quiet Sun has been studied considerably less than the active Sun. 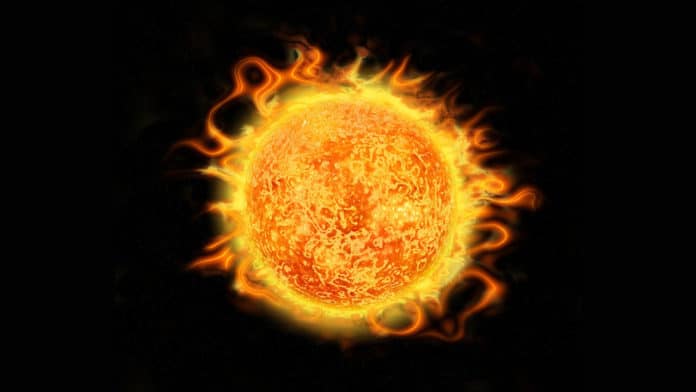 Strong solar radio brightenings have been extensively studied in the past, and their correlation to the sunspots and active regions are already well known. But even when the Sun is ostensibly quiet, there is practically always some activity that can be detected in the radio domain.

For a long time, scientists have believed that there is not much of interest going on in the Sun during the passive period, therefore not worth studying. Now, this assumption is proven false by a new study at Metsahovi Radio Observatory in Finland. This is the first time that astronomers are systematically studying the phenomena of the solar minimum.

Scientists examined the solar radio maps of Metsähovi Radio Observatory and comparing them with satellite data on the same objects. The solar maps showed active areas, or radio brightenings, which can be observed on the maps as hotter areas than the rest of the solar surface.

There are three possible explanations for radio brightenings:

Analysts likewise discovered radio brightenings in specific zones where no explanatory factor was found based on satellite observations.

Juha Kallunki scientists at Metsähovi Radio Observatory said, “The other sources used did not explain the cause of the brightening. We don’t know what causes those phenomena. We must continue our research.”

Additional Observations and exploration are likewise expected to foresee whether the wonders of the solar minimum least show indicate something about the next active period, about onset and intensity, for instance. Every one of the last four cycles has been more vulnerable than the previous one. Specialists don’t have a clue why the activity curves don’t ascend as high as during the past cycles.

Docent Merja Tornikoski said, “Solar activity cycles do not always last exactly 11 years, either. A new activity period will not be identified until it is already ongoing. In any case, these observations of the quiet phase we are now analyzing are clearly during a period when activity is at its lowest. Now we are waiting for a new rise in activity.”

The Sun emitted a strong solar flare on Tuesday