The technique also could be used to measure slight gravitational variations at different places in the world, which may help in mapping the seafloor or finding oil and minerals underground. 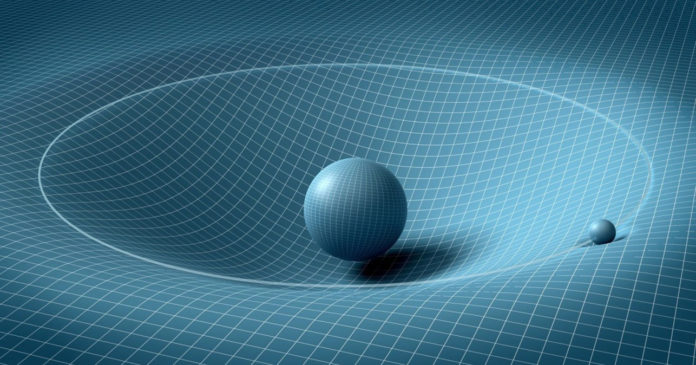 Gravity is the force by which a planet or other body draws objects toward its center. The force of gravity keeps all of the planets in orbit around the sun.

The previous method of measuring gravity involves measuring gravity’s influence on atoms by tracking how fast atoms tumble down tall chutes. Such experiments can help test Einstein’s theory of gravity and precisely measure fundamental constants (SN: 4/12/18). But the meters-long tubes used in free-fall experiments can be unwieldy and difficult to shield from environmental interference such as stray magnetic fields.

In 2016, scientists invented a technique to measure gravity in more detail. The method involves a process called atom interferometry, where differences in the wave phases of atoms are measured to work out the strength of the forces pulling on them – forces such as gravity, acceleration, and rotation.

In a new study, scientists from the University of California, Berkeley, come up with a new way to measure Earth’s gravity. Their technique involves observing how atoms behave when they’re suspended in midair instead of in free fall.

According to scientists, the technique could better probe the gravitational forces exerted by small objects. Moreover, it could be used to measure slight gravitational variations at different places globally, which may help map the seafloor or find oil and minerals underground.

For the study, scientists primarily launched a cloud of cesium atoms into the air. They later used light flashes for splitting each atom into a superposition state. In this weird quantum limbo, each atom exists in two places at once: one version of the atom hovering a few micrometers higher than the other. Scientists then trapped these split cesium atoms in midair with light from a laser.

To measure gravity with atoms held in one place, without tugging them downward, requires tapping into the atoms’ wave-particle duality. Such kind of quantum effect means, much as light waves can act like particles called photons, and atoms can behave like waves. And for each cesium atom caught in superposition, the higher version of the atom wave undulates a little faster than its lower counterpart due to the atoms’ slightly different positions in Earth’s gravitational field.

Tracking how fast the waviness of the two versions of an atom gets out of sync could enable scientists to quantify the strength of Earth’s gravity at that spot.

“It’s quite a challenge to work on these drop experiments, where you have a 10-meter-long tower. Magnetic fields are hard to shield, and the environment produces them all over the place — all the electrical systems in your building, and so forth. Working in a smaller volume makes it easier to avoid those environmental noises.”

Study coauthor Holger Müller said, “More compact equipment can also measure shorter-range gravity effects. Let’s say you don’t want to measure the gravity of the entire Earth, but you want to measure the gravity of a small thing, such as marble. We need to put the marble close to our atoms [and hold it there]. In a traditional free-fall setup, the atoms would spend a short time close to our marble — milliseconds — and we would get much less signal.”