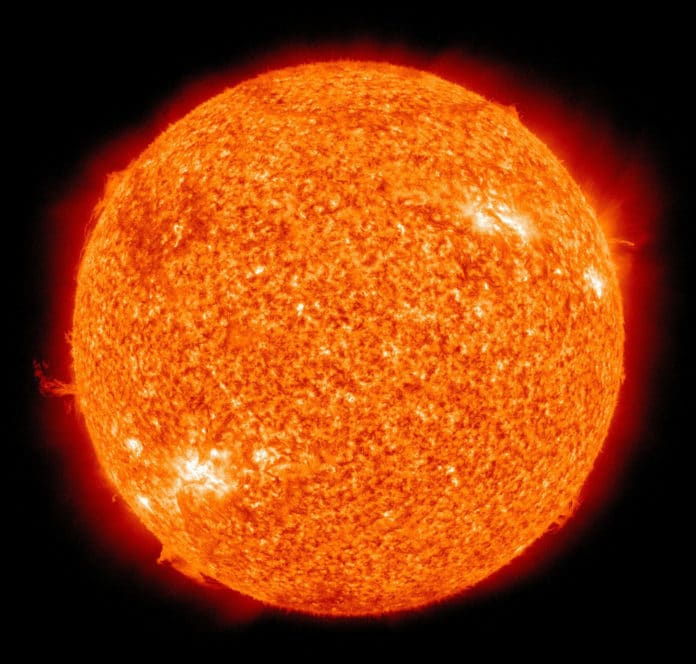 A coronal mass ejection (CME) is a significant release of plasma and accompanying magnetic field from the solar corona. They often follow solar flares and are generally present during a solar prominence eruption.

Like the sun itself, the majority of a CME’s atoms are hydrogen. Now, a new study offers fresh insights on the amount of hydrogen, helium, and other elements present in violent outbursts from the Sun, and different types of the solar wind.

In 2001, the Genesis probe gathered samples of solar wind in pure materials, and bring the material back to Earth to be studied in a lab. Those samples represented particles gathered from different sources of the solar wind, including those thrown off by CMEs.

Quantifying the amount of hydrogen precisely in the solar wind allowed scientists to discern small differences in the amount of neon and helium relative to hydrogen ejected by these massive solar ejections.

Ryan Ogliore, co-author and assistant professor of physics at Washington University in St. Louis, said, “In the very energetic event, the ejected material appears to be enriched almost systematically in atoms that require the most energy to ionize. That tells us a lot about the physics involved in the first stages of the explosion on the Sun.”

The study is published in the journal Meteoritics & Planetary Science.