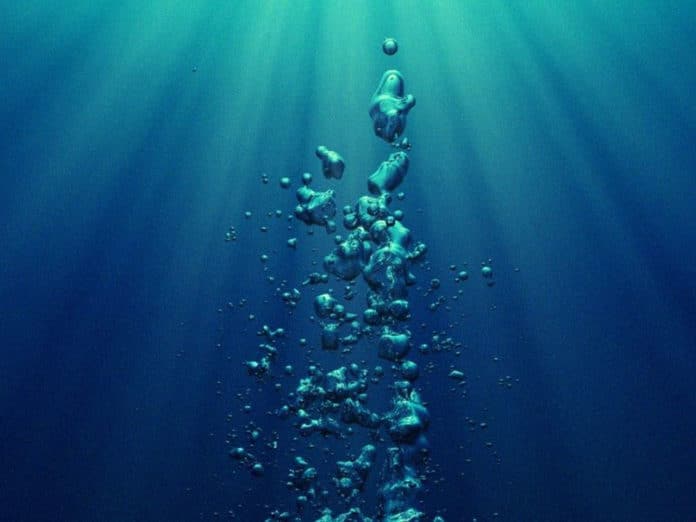 Particle sedimentation and aggregation in stratified fluids are observed throughout natural systems. How matter settles and aggregates under gravitation in fluid systems, for example, lakes and oceans, is a wide and significant region of scientific investigation.

Some examples include sedimenting “marine snow” particles in lakes and oceans, dense microplastics in the oceans, and even iron snow on Mercury. The shower of organic matter constantly falling from upper waters to the deep ocean. Its accumulations in the briny deep represent the Earth’s most significant carbon sink and one of the least understood components of the planet’s carbon cycle.

According to scientists, an entirely different and unexpected phenomenon is at work underwater. Now, a new study determined a new phenomenon that generates a fluidic force capable of moving and binding particles immersed in density-layered fluids.

This study conducted by the a team led by professors Richard McLaughlin and Roberto Camassa of the Carolina Center for Interdisciplinary Applied Mathematics in the College of Arts & Sciences, along with their UNC-Chapel Hill graduate student Robert Hunt and Dan Harris of the School of Engineering at Brown University- offers an alternative to previously held assumptions about how particles accumulate in lakes and oceans. What’s more, it could even lead to applications in locating biological hotspots, cleaning up the environment, and also in sorting and packing.

In the first place, the particles self-assemble without electrostatic or magnetic attraction or, on account of micro-organisms, without propulsion devices, for example, beating flagella or cilia. Second, they clump together with no requirement for cement or other holding powers. The larger the cluster, the stronger the attractive force.

A few years ago, scientists were keen to show- how spheres dumped into a tank of saltwater will “bounce” on their way to the bottom, as long as the fluid is uniformly stratified by density- in a demonstration for VIPs visiting the Joint Applied Mathematics and Marine Sciences Fluids Lab. But they made an error in setting up the density of the lower fluid. The spheres bounced and then hung there, submerged but not sinking to the bottom.

McLaughlin said, “And then I made what was a good decision, to not clean up the mess. We’ll deal with it later. The next morning, the balls were still suspended, but they had begun to cluster together—to self-assemble for no apparent reason.”

Scientists then come up with a reason: even though it takes them two years.

To show the phenomenon, scientists dropped plastic microbeads into a container of saltwater topped with less dense freshwater that is pulled down by the force of gravity and thrust upward by buoyancy. As they hang suspended, the interplay between buoyancy and diffusion—acting to balance out the concentration gradient of salt—creates flows around the microbeads, causing them to move slowly. Rather than moving randomly, however, they clump together, solving their jigsaw-like puzzles. As the clusters grow, the fluid force increases.

The paper is published Dec. 20 in Nature Communications.