A new mechanism of elementary thermal dark matter with a mass up to 1014 GeV. 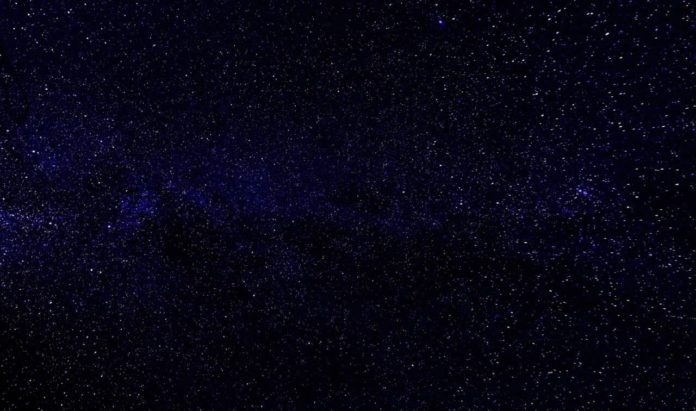 One of the biggest questions in fundamental physics is the nature of dark matter. For the past two decades, scientists have constructed a variety of experiments, including cryogenic detectors and tanks of liquid xenon, around the world in hopes of spotting the scantest signs of elusive dark matter particles. But time and time again, they’ve come up empty-handed.

Now a team of two scientists at Weizmann Institute of Science and the Hebrew University of Jerusalem in Israel has proposed a new mechanism of elementary thermal dark matter with a mass up to 1014 GeV.

Hyungjin Kim, one of the researchers who carried out the study, said, “The nature of dark matter is a longstanding problem in modern-day physics. A particle that is as heavy as Higgs boson, and is involved in interactions whose strength is that of electroweak interaction, is thought to be a particularly well-motivated dark matter candidate, as it often naturally arises when addressing another key problem: the hierarchy between the electroweak scale and the Planck scale.”

Many studies have suggested that the dark matter is a thermal Weakly Interacting Massive Particle (WIMP), whose abundance is determined by using the standard model.

The particle could be produced naturally from interactions between standard model particles in the early universe while they are in thermal equilibrium. This particular process goes by the name of the ‘thermal freeze-out mechanism’.

Common lore originating from a 1990 paper by Kim Griest and Marc Kamionkowski suggests that this thermal freeze-out mechanism does not work when dark matter is heavier than 100 TeV (i.e., a thousand times heavier than the Higgs boson).

Eric Kuflik, the other researcher behind the study said, “In our recent paper, we prove this common lore wrong and show that thermal freeze-out is possible even when dark matter is several orders of magnitude heavier than the Higgs mass, if there are a set of dark particles that scatter off the standard model particles with nearest-neighbor interactions. The relic abundance of the dark matter is then determined by stochastic interactions between the dark particles and the Standard Model particles.”

This new mechanism describes a set of dark matter particles scattering with ordinary matter through nearest-neighbor interactions, which change between species. In other words, it suggests that the dark matter takes a ‘random walk’ among dark matter species, continuously evolving its identity.

Kim said, “We have shown that dark matter can be produced from the early universe thermal bath while being in thermal equilibrium, even for dark matter masses substantially heavier than conventional wisdom would allow.”

“Interestingly, the abundance of dark matter particles in our scenario depends only on the interaction strength of the dark particles with the Standard Model particles.”

“The framework could have important implications for studies investigating the cosmic microwave background, structure formation, and cosmic rays. Also, it could serve as a benchmark for heavy dark matter experimental searches, as it suggests that decays to ordinary matter particles in the late universe could leave interesting astrophysical and cosmological signatures, which researchers could look for when searching for dark matter.”

“There are two promising directions we hope to pursue in our future work. First, our mechanism inevitably predicts dark matter particles decaying to Standard Model particles throughout the history of the universe. This could leave unusual astrophysical signatures, such as ultra-high-energy cosmic rays and so on. The implications for cosmology are also impressive.”

The new framework is outlined in a paper published in Physical Review Letters.

Primordial black holes account for all dark matter in the Universe