Scientists have successfully used microneedle biosensors to accurately detect changes in antibiotic levels in the body, for the first time.

Small, non-invasive patches worn on the skin can precisely recognize the levels of medicine in a patient’s system, coordinating the exactness of current clinical techniques.

In a little scale clinical evaluation, analysts at Imperial College London have appeared just because how microneedle biosensors can be utilized to screen the changing grouping of antibiotics.

They show that the sensors empower real-time monitoring of antibiotic concentration in the body, with comparable outcomes to those got from blood tests.

Dr. Timothy Rawson, from Imperial’s Department of Infectious Disease and who led the research, said: “Microneedle biosensors hold great potential for monitoring and treating the sickest of patients. When patients in the hospital are treated for severe bacterial infections the only way we have of seeing whether antibiotics we give them are working is to wait and see how they respond, and to take frequent blood samples to analyze levels of the drugs in their system – but this can take time.” 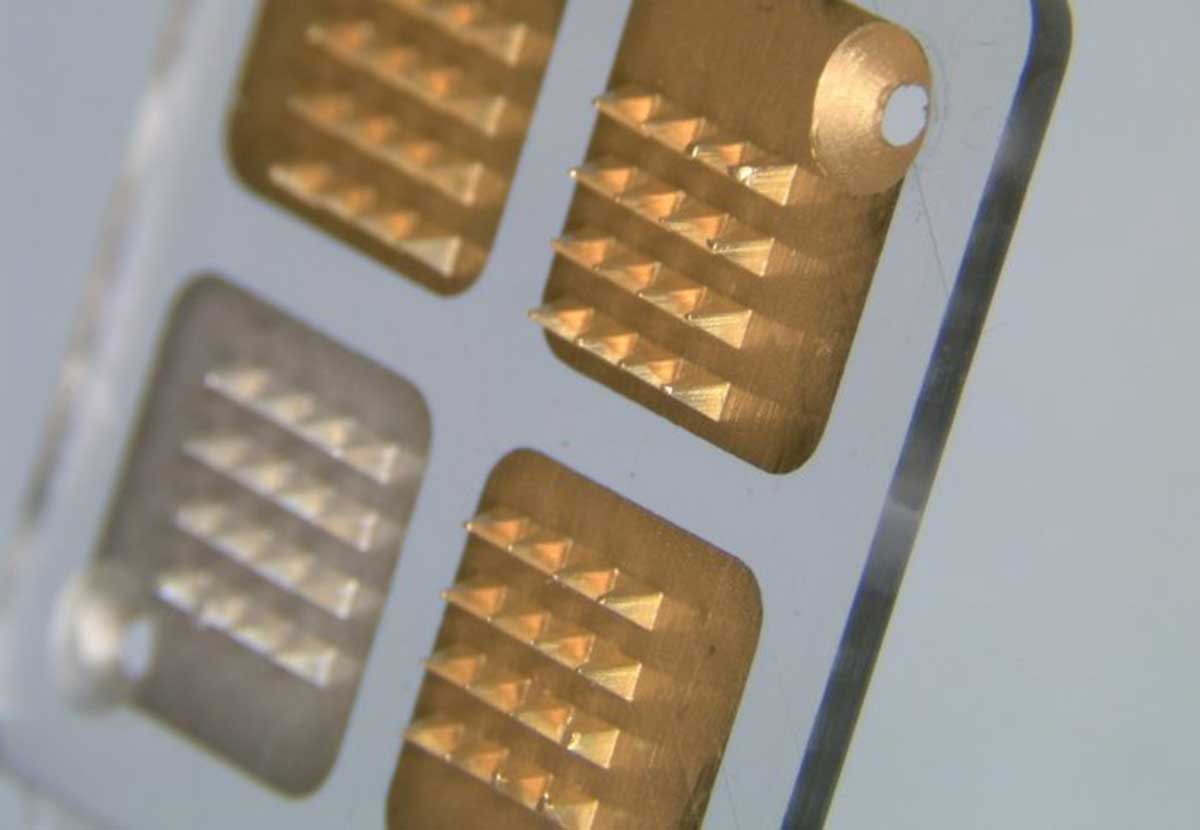 “Our biosensors could help to change that. By using a simple patch on the skin of the arm, or potentially at the site of infection, it could tell us how much of a drug is being used by the body and provide us with vital medical information, in real-time.”

Until now, microneedle biosensors have been used for continuous monitoring of blood sugar. But, this is for the first time, scientists shown its potential for use in monitoring changes to drug concentrations.

Scientists tested the biosensors in 10 healthy patients who were given doses of penicillin. Sensor patches (1.5 cm sq) were placed on their forearms and associated with screens, with measurements taken frequently – from 30 minutes receiving oral penicillin to four hours afterward. Blood tests were carried simultaneously focuses for comparison.

The outcomes demonstrate that the sensors could accurately detect the changing concentration of penicillin in patients’ bodies.

Professor Tony Cass, from the Department of Chemistry, said: “This small, early-stage trial has shown that the sensor technology is as effective as gold standard clinical analysis in detecting changes to the concentrations of penicillin in the human body. When further developed, this technology could prove critical for the monitoring and treatment of patients with severe infections. More widely, it could be used to monitor many other drugs and personalize treatment in many diseases.”

Professor Alison Holmes, from Imperial’s Department of Infectious Disease and director of the NIHR Health Protection Research Unit in HCAI and AMR at Imperial and the CAMO, said: “This technology is an example of the close collaboration between scientists, medics and engineers going on in institutions across the UK, which could change the way we treat patients. Antibiotic resistance and drug-resistant infections are among the biggest threats to human health in the world today.”

“Technological solutions such as our microneedle biosensor could prove crucial in improving how we use and protect the arsenal of life-saving antibiotics we have available to treat patients. Ultimately, these types of collaborative, multidisciplinary solutions could lead to earlier detection and better treatment of infections, helping to save more lives and protect these invaluable medicines for generations to come.”

The findings are published today in The Lancet Digital Health.