Vitamin D deficiency from birth to early childhood was associated with an increased risk of elevated systolic blood pressure during childhood and adolescence. 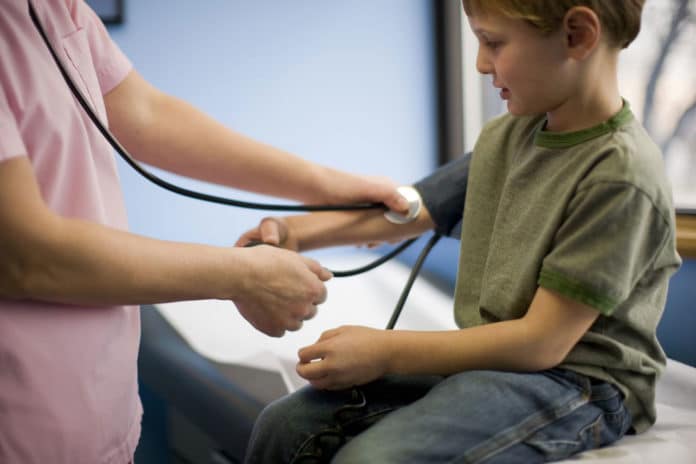 Lack of Vitamin D since birth to early childhood is linked to hypertension in adults. However, it remains unclear to what degree vitamin D status in early life can affect blood pressure (BP) a decade later. A new study is determined to investigate the effect of vitamin D trajectory through early life on systolic BP (SBP) in childhood.

Scientists found that lack of vitamin D since birth to early childhood is associated with an increased risk of elevated blood pressure in later childhood and adolescence.

Scientists accessed 775 kids from birth to age 18 at the Boston Medical Center. Most lived in a low-income, urban area, and 68% of the kids were African American. Low vitamin D levels were characterized as under 11 ng/ml (nanograms per millimeter) in line blood during childbirth and under 25 ng/ml in a child’s blood during early childhood.

The study suggested that

Guoying Wang, M.D., Ph.D., the study’s lead author and an assistant scientist at Johns Hopkins University Bloomberg School of Public Health in Baltimore, Maryland said, “Currently, there are no recommendations from the American Academy of Pediatrics to screen all pregnant women and young children for vitamin D levels. Our findings raise the possibility that screening and treatment of vitamin D deficiency with supplementation during pregnancy and early childhood might be an effective approach to reduce high blood pressure later in life.”

“what constitutes optimal circulating vitamin D levels during pregnancy and early childhood remains an active research question, and that their study results need to be replicated in other large populations.”

The research is published in the American Heart Association journal Hypertension.

Some 39.8% of the general adult populace is obese. The economic outcomes of obesity are high, with evaluated $1,429 greater annual medicinal...
Read more
Health

Wearable electronics, coupled with wireless communications systems and monitoring technologies, are providing advances that are relevant to the development of medical applications....
Read more
Health

Hepatocellular carcinoma (HCC) is the most common type of primary liver cancer. The risk is higher in people with long-term liver diseases...
Read more
Health