People need to think carefully about how they dispose of everyday household items. 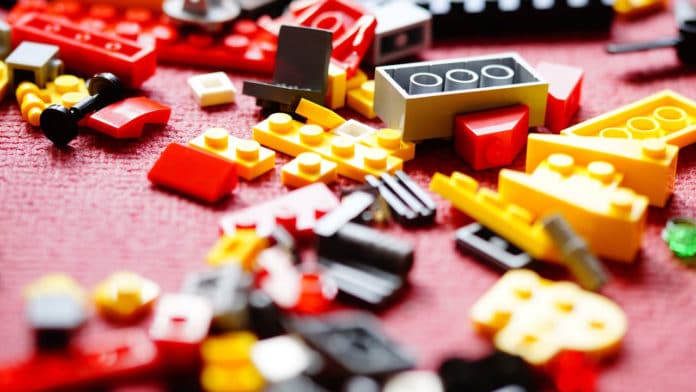 The residence times of plastics in the oceans are obscure, mainly as a result of the durability of the material and the moderately short (decadal) timeframe over which plastic items have been produced.

The new research focused on bricks of LEGO found washed up on the coastlines of South West England.

By estimating the mass of individual bricks found on beaches against equivalent unused pieces and the age of blocks obtained from storage, scientists evaluated that the items could survive anywhere between 100 and 1,300 years.

In this study, classic LEGO bricks constructed of acrylonitrile butadiene styrene (ABS) and washed up on beaches of southwest England have been subjected to X-ray fluorescence (XRF) analysis and the spectra and any other identifiers matched with unweathered blocks stored in collections or sets of known history.

By pairing those items with unweathered sets purchased in the 1970s and 80s, scientists were able to identify levels of wear and – as a result – how long the pieces might continue to endure in the marine environment.

Dr. Andrew Turner, Associate Professor (Reader) in Environmental Sciences, said, “LEGO is one of the most popular children’s toys in history, and part of its appeal has always been its durability. It is specifically designed to be played with and handled, so it may not be especially surprising that despite potentially being in the sea for decades, it isn’t significantly worn down. However, the full extent of its durability was even a surprise to us.”

“The pieces we tested had smoothed and discolored, with some of the structures having fractured and fragmented, suggesting that as well as pieces remaining intact, they might also break down into microplastics. It once again emphasizes the importance of people disposing of used items properly to ensure they do not pose potential problems for the environment.”

The study– conducted by the University of Plymouth– published in the journal Environmental Pollution.