How our brain distinguishes between voice and sound?

Researchers at UNIGE and at Maastricht University have demonstrated that the brain adapts to a person’s listening intentions by focusing either on a speaker’s voice or on the speech sounds that are being uttered. 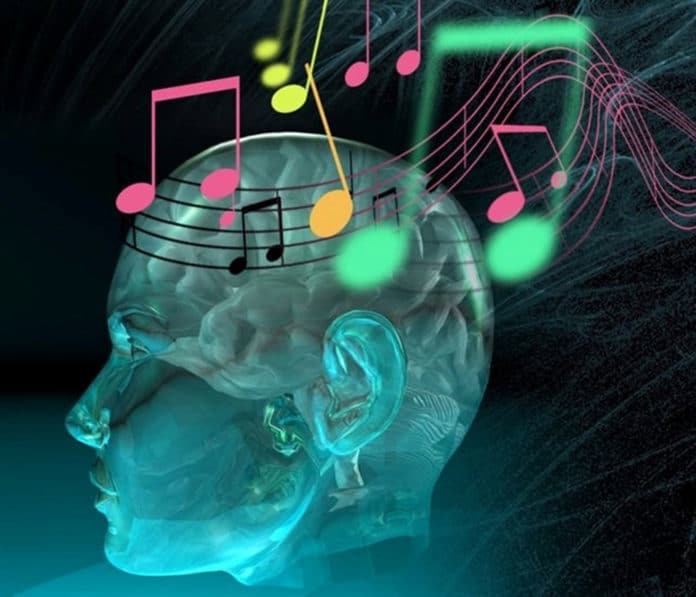 How the brain process complex sounds, similar to voices or musical instrument sounds, is at present not surely known. The features comprising the acoustic profiles of such sounds are believed to be represented by neurons responding to increasing degrees of complexity throughout the auditory cortex, with complete auditory “objects” encoded by neurons.

But, how the brain processes this information when it focuses either on the voice or on speech sounds?

Endeavoring to find out the answer, scientists at the University of Geneva (UNIGE), Switzerland, – in collaboration with the University of Maastricht, the Netherlands – devised pseudo-words (words without meaning) spoken by three voices with different pitches.

They found that the auditory cortex amplifies different aspects of the sounds, depending on what task is being performed. Voice-specific information is prioritized for voice differentiation, while phoneme-specific details are essential for the differentiation of speech sounds.

The outcomes of this study highlight the brain mechanisms involved in speech processing.

Nly Golestani, a professor in the Psychology Section at UNIGE’s Faculty of Psychology and Educational Sciences (FPSE) said, “We created 120 pseudo-words that comply with the phonology of the French language, but that makes no sense, to make sure that semantic processing would not interfere with the pure perception of the phonemes.”

All these pseudo-words contained phonemes such as /p/, /t/ or /k/, as in /preperibion/, /gabratade/ and /ecalimacre/. Scientists then recorded the voice of a female phonetician articulating the pseudo-words, which they then converted into different, lower to higher-pitched voices.

Later on, to identify how the brain distinguishes different aspects of speech, scientists used MRI and scanned the participant’s brain at the high magnetic field (7 Tesla). Using this method, scientists were able to gauge brain activity by measuring the blood oxygenation in the brain: the more oxygen is needed, the more that particular area of the brain is used.

Golestani said, “The results show large similarities between the task information in the sounds themselves and the neural, fMRI data.”

Rutten said, “This study shows that the auditory cortex adapts to a specific listening mode. It amplifies the acoustic aspects of the sounds that are critical for the current goal. “This is the first time that it’s been shown, in humans and using non-invasive methods, that the brain adapts to the task at hand in a manner that’s consistent with the acoustic information that is attended to in speech sounds.”

Golestani said, “The study advances our understanding of the mechanisms underlying speech and speech sound processing by the brain. This will be useful in our future research, especially on processing other levels of language – including semantics, syntax and prosody, topics that we plan to explore in the context of a National Centre of Competence in Research on the origin and future of language that we have applied for in collaboration with researchers throughout Switzerland.”

The study is published in the journal Nature Human Behaviour.