What if half of Switzerland's rooftops produced electricity? 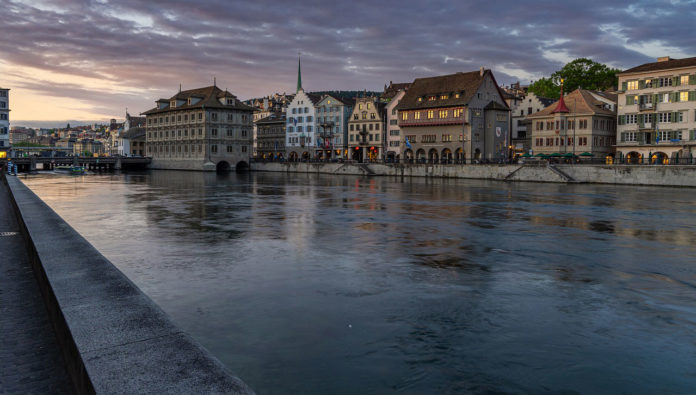 The large-scale deployment of photovoltaics (PV) on building rooftops can play a significant role in the transition to a low-carbon energy system.

Until now, however, the overall photovoltaic (PV) potential of Swiss rooftops could not be estimated accurately owing to a lack of data about buildings and their environments, along with wide margins of error arising from existing calculation methods.

To fill that gap, scientists at EPFL‘s Solar Energy and Building Physics Laboratory (LESO-PB) have built up a strategy combining machine learning algorithms with geological data frameworks and physical models to appraise PV potential. Furthermore, for the first time, they assessed hourly profiles of PV potential.

Their algorithm considers parameters, for example, the size of the rooftop, its direction, and whether the building is in a city center or a more segregated area.

The outcomes show that solar photovoltaic panels could be fitted to 55% of Switzerland’s total rooftop areas. Even if panels were only installed on mainly south-facing rooftops, this could cover more than 40% of Switzerland’s electricity demand.

Alina Walch, who led the second phase of the study, said, “We’re not just looking at solar radiation, but also the space available on rooftops. Some rooftops have an unusual shape or contain superstructures such as chimneys that prevent photovoltaic panels from being installed.”

The first phase of the study was conducted using AI techniques. It was based on data collected in Geneva and then extended to the whole of Switzerland.

Jean-Louis Scartezzini, the head of LESO-PB, said, “That study explored, for the first time, the use of artificial intelligence to quantify the potential for the large-scale installation of photovoltaic panels on building rooftops. Using new high-resolution data, we have now improved the estimation method and increased the Spatio-temporal resolution of the results. This will enable us to model future energy systems that are 100% renewable.”

Using the national “SIG-Énergie” geographic information system, the Swiss Federal Office of Energy has created a highly accurate model of Switzerland’s buildings. The machine learning model estimated the total roof area that could be covered by solar panels.

The hour-by-hour estimate of PV potential allows power generation to be gauged relative to consumption.

Walch said, “We have a surplus of energy in the summer and a shortage in the winter, and no energy at all at night. To address that imbalance, we need to consider other forms of renewable energy to make up for the shortfalls and allow energy to be stored. Hydroelectric power is an attractive way of storing energy, but the content of storage dams varies with the seasons. Wind power, used on a large scale, could fill the gaps.”

At the moment, Switzerland has tapped into only a tenth of its PV potential, which means that another 90% remains to be unlocked.

Their results have been published in Applied Energy.