Some could even be pretty close. 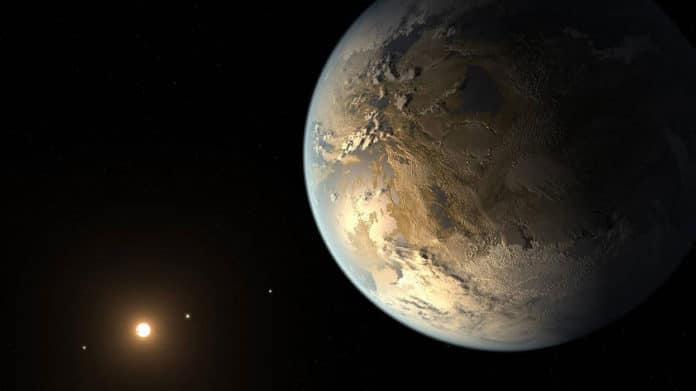 One of the Kepler mission’s primary goals is to determine the frequency of habitablezone rocky planets around Sun-like stars.

Co-author Jeff Coughlin, an exoplanet researcher at the SETI Institute and Director of Kepler’s Science Office, said, “This is a key term of the Drake Equation, used to estimate the number of communicable civilizations—we’re one step closer on the long road to finding out if we’re alone in the cosmos.”

The Drake equation is a probabilistic argument used to estimate the number of active, communicative extraterrestrial civilizations in the Milky Way galaxy. It is also often considered a roadmap for astrobiology and guides much research at the SETI Institute.

For this measurement, scientists looked at exoplanets similar in size to Earth and thus most likely to be rocky planets. They additionally took a gander at Sun-like stars, around the same age as our Sun and roughly an exact temperature. Another thought for habitability is whether the planet could have the conditions essential to support liquid water.

Scientists looked at Kepler data and data from the European Space Agency’s Gaia mission about how much energy the planet’s star emits.

By studying both Kepler and Gaia data, scientists found that the results better reflect the diversity of stars, solar systems, and exoplanets in our galaxy.

Co-author Michelle Kunimoto, who worked on this paper after finishing her doctorate on exoplanet occurrence rates at the University of British Columbia, and recently joined the Transiting Exoplanet Survey Satellite, or TESS, the team at the Massachusetts Institute of Technology in Cambridge, Massachusetts, said, “Knowing how different common kinds of planets are is extremely valuable for the design of upcoming exoplanet-finding missions. Surveys aimed at small, potentially habitable planets around Sun-like stars will depend on results like these to maximize their chance of success.”

More research will be needed to understand the role a planet’s atmosphere has on its capacity to support liquid water. In this analysis, scientists used a conservative estimate of the atmosphere’s effect to estimate the occurrence of Sun-like stars with rocky planets that could have liquid water.

New technique guides humans when to trust an AI