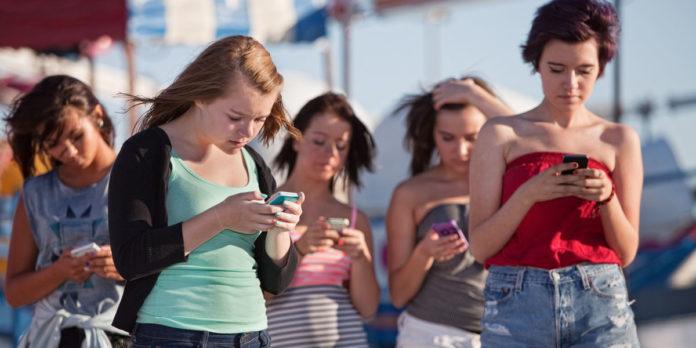 Smartphone owners: particularly younger adults use the smartphone for more than just calling and messaging. 44% of cell owners have slept with their phone next to their bed. 29% of cell owners describe their cell phone as something they can’t imagine living without. Although, almost every adult of this generation has smartphone addiction. But there is a lot of difference between how long and to what extent men and women use their phones.

A new study suggests that women use more smartphone than men. They have more smartphone addiction as compared to men. Findings show that the 52 percent of female respondents use their smartphones for at least 4 hours a day.

A South Korean study conducted a survey of 1,236 students from six different colleges in Suwon, Gyeonggi. Scientists found that the men use only 29.4% smartphone for 4 hours a day. The ratio of female participants was greater than men.

Researchers said, “becoming too attached to the device may have harmful health effects such as increased anxiety.”

During research, male participants responded that they use mobile only during lunch time or break. Female participants, often sneak a peek on their smartphones while on the go or talking to other people.

Professor Jae-Yeon Jang said, “Female users are advised to consciously put their phones out of their reach from time to time.”

20.1 percent of female respondents reported to feeling insecure when they cannot use their devices. The ratio is a stark difference from the male participants’ 8.9 percent.

Women use their smartphones for more than just making calls, playing games or checking the internet to look for information. Generally, they pick their mobile phones to check social media updates. Women’s desire for communication and networking through their smartphones are way stronger than that of men’s.

Scientists said, “More women appeared to believe that interpersonal relationships can be fostered via the internet, which is consistent with women’s preferences for social networking services. Furthermore, compared with men, women used smartphones to communicate with others more often, which may contribute to greater smartphone dependency among women.”