Where in the universe can you find a black hole nursery? 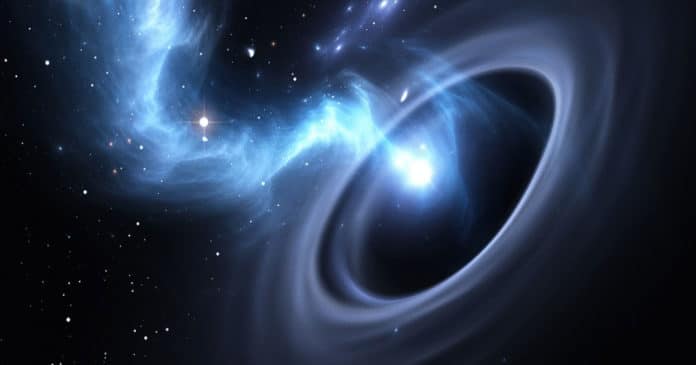 Now, it is possible for astronomers to track down the black hole nursery, thanks to a new model developed by gravitational wave researchers at the University of Birmingham.

The collision of massive stars or supernova explosions is believed to be the reason for black hole formation. Such colossally dense objects have solar masses up to 45 M⊙.

In addition, such collisions cause instabilities that avoid the development of heavier black holes. Thus, a new model was required to explain the existence of binary black hole systems with masses larger than about 50 M⊙.

However, the formation of such objects might be due to merging black holes. According to scientists, next-generation’ black holes —made up of the merger of their ‘parents’—might be the heavier black holes observable by LIGO and Virgo.

In a new study, scientists suggest that future discoveries of multiple generations of black hole mergers would enable us to make sense of their origin. They have produced new estimations that could enable cosmologists to all the more likely comprehend these mergers—and where to find them.

Dr. Davide Gerosa, lead author of the paper said, “Star clusters—groups of stars that are bound together by gravity—might act like black-hole ‘nurseries’, providing an ideal environment to grow generations of black holes. But in order to know what type of star clusters are most likely to be capable of producing these, we first need to know something about the physical conditions that would be needed.”

The team believes they have found part of the solution to this puzzle by calculating the likely ‘escape speed’ a cluster needs to have to be able to host a black hole with a mass above 50 M⊙. The escape speed is the velocity at which an object would need to be traveling to escape the gravitational pull. For instance, a rocket leaving earth would need to be traveling at 11km/s (25,000 mph) to get into orbit.

The team calculated that observing black holes with mass above 50 M⊙ would suggest that the cluster where they lived had an escape speed larger than about 50km/s.

This new study finds globular clusters are unlikely to host multiple generations of black holes. Astronomers will need to look further afield: nuclear star clusters, found towards the center of some galaxies are dense enough and might provide the type of environment needed to produce these objects.

Dr. Gerosa said, “Gravitational-wave astronomy is revolutionizing our understanding of the Universe. We are all waiting for upcoming results from LIGO and Virgo to put these and other astrophysical predictions to the test.”

The study is published in Physical Review D.