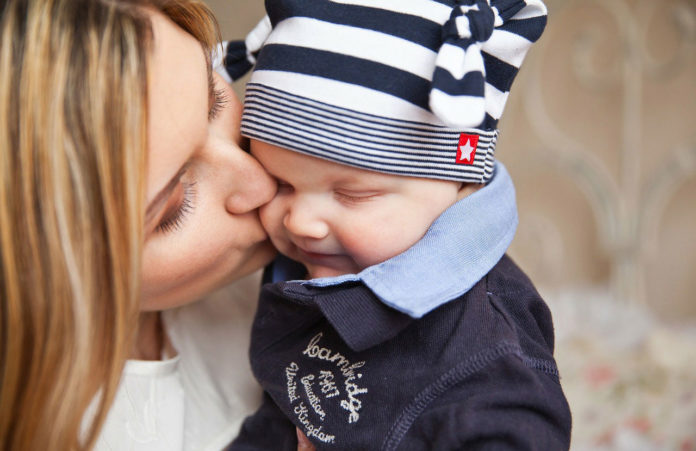 The nature of a couple’s relationship is known to be identified with formative results, for example, their conduct and educational attainment in school-aged children, however, has been minimally studied about parent-infant talk, regardless of the parent-baby talk being significant for the child’s development.

To observe the relation between the quality of a couple’s relationship and parent-infant talk, scientists from the Center for Family Research at the University of Cambridge examined 93 first-time, heterosexual parents and their interactions with their babies. The group got some information about the quality of their couple relationship and how fulfilled they were. Afterward, they gave the infants at age seven months a wearable ‘talk pedometer’ that recorded naturalistic parent-infant talk for an entire day in which both parents were at home.

Scientists also used software that gives an automated analysis of the frequency of adult spoken words to their infant and of parent-infant ‘conversations.’

Depression is the main factor that scientists considered during the study. The study suggests that unhappy mothers are more likely to talk with their infants, especially if the child is a boy.

Moms who detailed the nature of their relationship to be ‘low’ utilized around 35% a more significant number of words than a mother whose relationship was ‘normal’ and began around 20% more conversations. In any case, these impacts were just found with infant sons, not daughters.

However, scientists did not analyze the content of mother-infant talk. Thus, it was difficult to confirm whether the mother was complaining to her infant or talking positively.

Despite infant’s gender, fathers showed necessarily less general talk and started fewer conversations than did moms, even though the dads are progressively getting to be associated with child-rearing and the accounts were taken explicitly on a day when both parents were at home. In any case, the sum that they spoke to their newborn children was disconnected to the nature of the couple’s relationship.

Dr. Elian Fink from the Centre for Family Research and the Faculty of Education said, “What is particularly interesting is that mums only seem to compensate when they have infant sons, not daughters. It could be that mothers view their daughters as mini versions of themselves rather than of their partners.”

“Even when dads spend more time around their infants, this doesn’t necessarily mean they are interacting with them more. One possible reason may be that there’s still an imbalance in who responds to the basic care needs of their infant. So, for example, if it’s the mother who still shoulders the burden of changing the nappy, this at least offers an opportune time to engage in direct communication with her infant.”

Dr. Fink hopes the findings will encourage parents to make a conscious effort to talk more to their infants, whether they are boys or girls.

The study is published in the Journal of Family Psychology.