Some of the families’ soup could fend of malaria

London schoolchildren have found that some of their families’ soup recipes have antimalarial properties, with the help of Imperial scientists. 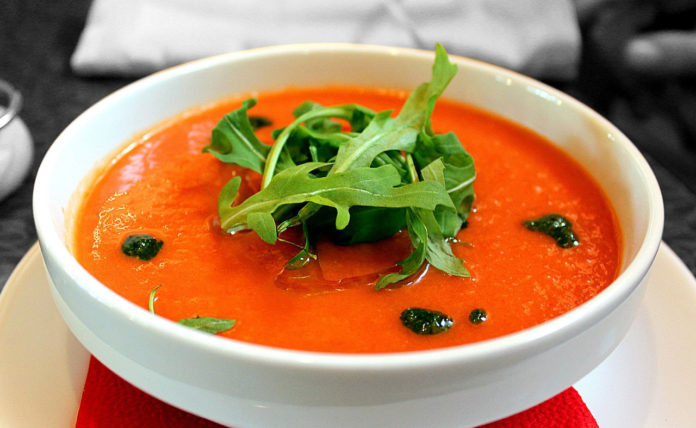 Soup makes the ideal family lunch or supper, cheap, healthy, and a great way of sneaking in all types of hidden veg.

For decades, grandmas have recommended chicken soup for flu or easy pumpkin soup for diarrhea. Why? That’s because soups are often chock full of nutrient-dense vegetables and meats that are slow-cooked so that these ingredients retain their nutritious value, delivering a meal in a bowl that is easy to digest, appealing in texture, and yet packs excellent flavors.

A new study carried out by students at Eden Primary School in North London alongside researchers from Imperial College London had recently found that some of their families’ soup recipes have antimalarial properties.

Children, along with scientists, tested their family soup broths for activity against the malaria parasite.

A few of the soup broths, gathered from traditional family recipes that started the world over, demonstrated activity against the malaria parasite Plasmodium falciparum, either by curbing its growth or preventing it from maturing. The soup recipes had been passed down through the ages for the treatment of fever.

Five of the broths were able to curb the growth of the parasite in its disease-causing stage by more than 50 percent. In two of these, the inhibitory activity was comparable with that of a primary antimalarial drug, dihydroartemisinin. Four other broths were more than 50 percent viable at obstructing the capacity of the parasites to develop into a form that infects mosquitoes, possibly hindering the procedure of transmission.

The recipes for each of the broths varied. They were vegetarian, chicken, or beef-based, with no particular ingredient common to those with the strongest antimalarial activity.

According to scientists, they may similarly discover new antimalarial compounds from work looking at the soup. The next step is to identify the active ingredients responsibly.

Lead researcher Professor Jake Baum, from the Department of Life Sciences at Imperial, said, “It’s exciting to find potential routes for future drug development in something like your grandmother’s soup. In all honesty, the true strength of the study, however, was engaging children in the idea of what’s the difference between a natural remedy and real medicine – the answer is evidence! The children understood that soups could become a drug if you test them the right way.”

The study was published in the Archives of Disease in Childhood.

How a virus transforms immune cells into cancer?