Scientists found evidence of a protein inside of a meteorite

It also had oxygen, lithium and iron atoms at its ends—an arrangement never is seen before. 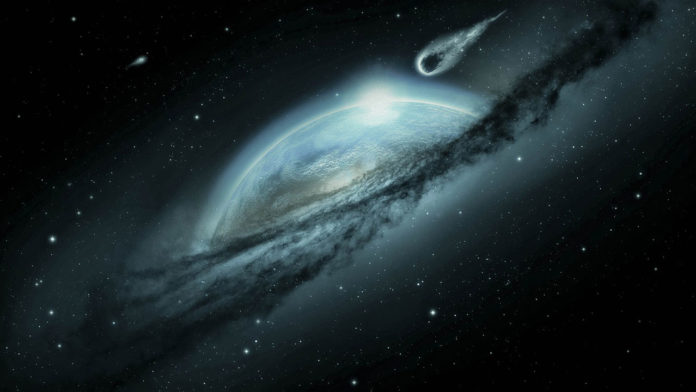 In earlier research, scientists have discovered organic materials, sugars, and some other molecules considered to be precursors to amino acids in both meteorites and comets—and fully formed amino acids have been found in comets and meteors, too. Yet, up to this point, no proteins had been found within an extraterrestrial object.

In this new effort, a team of researchers from Plex Corporation, Bruker Scientific LLC, and Harvard University has discovered evidence of a protein called hemolithin inside of a meteorite that was found in Algeria back in 1990.

The protein was a small one and was made up mostly of glycine, and amino acids. It also had oxygen, lithium, and iron atoms at its ends—an arrangement never is seen before.

Although the study is yet to be peer-reviewed, once the findings are confirmed, but expected to add another piece to the puzzle that surrounds the development of life on Earth.

Proteins are considered by physicists to be very unpredictable, which implies a ton of things would need to occur by chance for protein formation. For hemolithin to have formed generally in the configuration found would expect glycine to form first, maybe on the outside of grains of space dust. From that point onward, heat by the way for molecular clouds may have prompted units of glycine to begin connecting into polymer chains, which at some point could develop into full-fledged proteins.

The analysts note that the atom groupings on the tips of the protein form an iron oxide that has been seen in earlier research to absorb photons—methods for splitting water into oxygen and hydrogen, thus producing an energy source that would likewise be fundamental for the development of life.

Scientists have written a paper describing their findings and have uploaded it to the arXiv preprint server.

Proteins help each other stably bind to DNA