The individual who chewed the pitch was female. 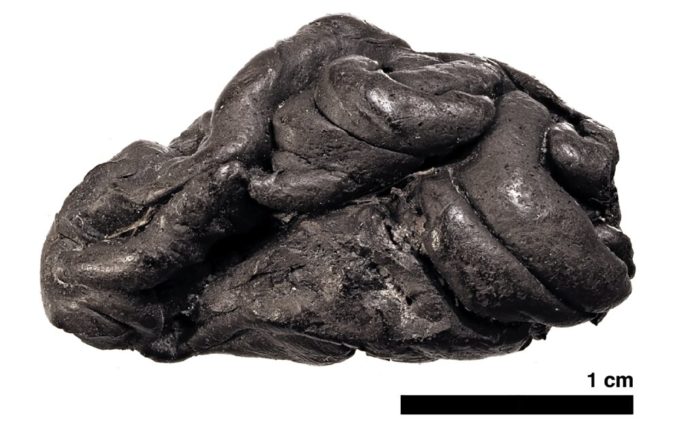 The rise of ancient genomics has revolutionized our understanding of human prehistory, but this work depends on the availability of suitable samples. In this study, Danish scientists extracted a complete human DNA sample from a 5700-year-old piece of chewed birch pitch from Denmark.

Birch pitch is a black-brown substance obtained by heating birch bark and has been used as an adhesive and hafting agent as far back as the Middle Pleistocene. Small lumps of this organic material are commonly found on archaeological sites in Scandinavia and beyond. While their use is still debated, they often show tooth imprints, indicating that they were chewed.

The birch pitch sample unveiled enough information to determine the source’s sex, what she had last eaten, and the germs in her mouth. It also told them she probably had dark hair, dark skin, and blue eyes. What’s more, she was more closely related to hunter-gatherers from mainland Europe than to those living in central Scandinavia at the time.

Hannes Schroeder of the University of Copenhagen said, “It is the first time that an entire ancient human genome has been extracted from anything other than human bones.”

Scientists found the sample during an archaeological dig at Syltholm, in southern Denmark.

Tehis Jensen, one of the other authors, said, “Syltholm is unique. Almost everything is sealed in mud, which means that the preservation of organic remains is phenomenal.”

The results highlight the potential of chewed birch pitch as a source of ancient human and non-human DNA, which can be used to shed light on the population history, health status, and even subsistence strategies of ancient populations.

Scientists reported this study in the journal Nature Communications.