Scientists detected a chirp of a baby black hole

This ringing does, in fact, predict the black hole's mass and spin. 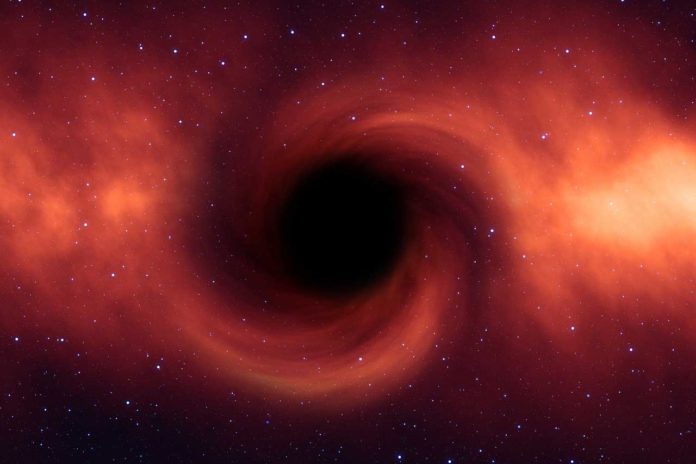 Recently, physicists from MIT and elsewhere have heard the ringing of a new black hole. This is for the first time, scientists have listened to the ringing of an infant black hole and found that this sound, indeed predicts the black hole’s mass and spin.

According to physicist John Wheeler, all other characteristics should be swallowed up by the black hole itself, and would, therefore, be unobservable. But the study supports the idea that black holes are, in fact, hairless.

Scientists identified the pattern of a black hole’s ringing. They then used Einstein’s equations to determine the mass and spin that the black hole ought to have, given its ringing pattern. These calculations coordinated estimations of the black hole’s mass and turned made already by others.

If scientists’ calculations deviated essentially from the estimations, it would have proposed that the black hole’s ringing encodes properties other than mass, spin and electric charge—enticing proof of physics beyond what Einstein‘s hypothesis can clarify. In any case, incidentally, black hole’s ringing pattern is an immediate sign of its mass and spin, offering to back to the thought that black holes are bald-faced giants, lacking any extraneous, hair-like properties.

Study’s lead author, Maximiliano Isi, a NASA Einstein Fellow in MIT‘s Kavli Institute for Astrophysics and Space Research said, “We all expect general relativity to be correct, but this is the first time we have confirmed it in this way. This is the first experimental measurement that succeeds indirectly testing the no-hair theorem. It doesn’t mean black holes couldn’t have hair. It means the picture of black holes with no hair lives for one more day.”

Scientists determined that the gravitational waves were set off by the rapid inspiraling of two massive black holes. The peak of the signal—the loudest part of the chirp—linked to the very moment when the black holes collided, merging into a single, new black hole. While this infant black hole likely gave off gravitational waves of its own, its signature ringing, physicists assumed, would be too faint to decipher amid the clamor of the initial collision.

However, scientists discovered a way to extract the black hole’s reverberation from the moments immediately after the signal’s peak. They reanalyzed actual data from the GW150914 detection, concentrating on the last few milliseconds of the signal, immediately following the chirp’s peak. By considering the tone, scientists were able to discern a ringing coming from the new, infant black hole.

They notably identified two distinct tones, each with a pitch and decay rate that they were able to measure.

Isi said, “We detect an overall gravitational wave signal that’s made up of multiple frequencies, which fade away at different rates, like the different pitches that make up a sound. Each frequency or tone corresponds to a vibrational frequency of the new black hole.”

They found their calculations matched with measurements of the black hole’s mass and spin previously made by others.

Isi said, “The results demonstrate that researchers can, in fact, use the very loudest, most detectable parts of a gravitational wave signal to discern a new black hole’s ringing, where before, scientists assumed that this ringing could only be detected within the much fainter end of the gravitational wave signal, and only with much more sensitive instruments than what currently exists.”

“This is exciting for the community because it shows these kinds of studies are possible now, not in 20 years.”

The findings are published in Physical Review Letters.