Understanding the genes responsible for the peas’ drought and heat tolerance eventually could help make other crops tougher too. 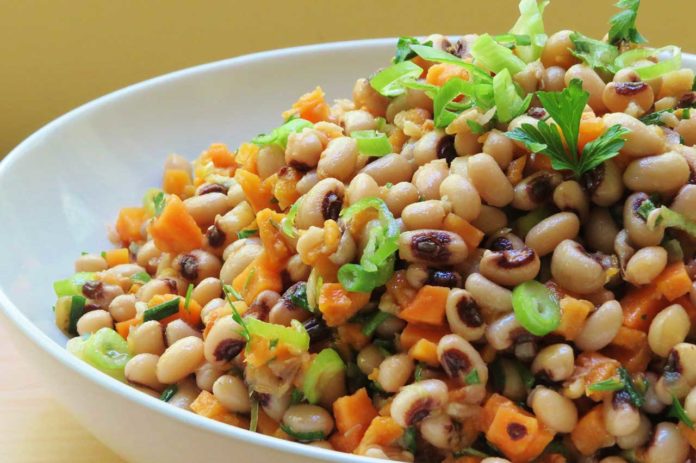 Cowpea, also known as black-eyed peas, is a noteworthy crop for worldwide food and nutritional security, particularly in sub‐Saharan Africa, that is flexible to hot and drought‐prone environments.

The peas are small beans with dark midsections. They’ve been a worldwide dietary staple for centuries because of their environmental toughness and excellent nutritional qualities, for example, high protein and low fat. In sub-Saharan Africa, they remain the primary source of protein in the human eating regimen.

Scientists at the UC Riverside have recently decoded the genome of black-eyed peas- the world’s toughest bean to get detailed information on the genes responsible for the peas’ drought and heat tolerance. The study could be a hope to Earth’s expanding population, especially as the climate changes.

Like humans, there are differences between individual cowpeas. Knowing which genes are in charge of characteristics in an individual, for example, color, size, or pathogen resistance will enable breeders to grow new varieties better with the ability to withstand outer difficulties.

The genomes composed of highly repetitive sequences of DNA that- Stefano Lonardi, UCR Professor of Computer Science and project co-leader- call hundreds of thousands of identical jigsaw puzzle pieces. According to him, finding out how jigsaw puzzle sequences fit together is computationally challenging.

During the study, Lonardi, along with his team, collected the genome many times with various software tools and parameters. They then created new software for merging these different genome arrangements into a single, complete picture.

Project co-leader Timothy Close, a UCR professor of botany and plant sciences, said, “The cowpea has been here supporting people since early colonial times. It’s nice that we’ve brought this plant with so much local history up to state of the art for scientific research.”

With the success of this project, the black-eyed pea joins only a handful of other significant crops whose genomes have been fully sequenced. The team’s work on the project was published in the June issue of The Plant Journal, where it was featured as the cover story, and Lonardi’s free software can be downloaded online.

Research on black-eyed peas, a legume is also known as cowpea, started at UC Riverside more than 40 years ago. But cowpeas’ presence in Riverside predates the university by about 200 years.

This is the first high-quality reference genome for the cowpea. Work on it began three years ago, made possible mainly by a $1.6 million grant from the National Science Foundation, or NSF. An additional $500,000 NSF grant also supported the computational efforts.

A clue to the complexity of the project is the size of the research team. In addition to Close and Lonardi, the many other UCR scientists on the team included María Muñoz-Amatrían, Qihua Liang, Steve Wanamaker, Sassoum Lo, Hind Alhakami, Rachid Ounit, Philip Roberts, Jansen Santos, Arsenio Ndeve, and Abid Md. Hasan. Additional team members inside the U.S. came from UC Davis, the Department of Energy’s Joint Genome Institute in California, the National Center for Genome Resources in New Mexico, and the U.S. Department of Agriculture in Iowa. International team members came from Finland, France, Brazil, and the Czech Republic.

Close said, “We’re trying to figure out why cowpeas are so resilient to harsh conditions. As we move into a world with less water available to agriculture, it will be important to capitalize on this ability and expand on it, taking the lead from cowpeas to guide improvements in other crops that are vulnerable to climate change.”