The approach could lead to new solid-state cooling technology for future microprocessors, which will have so many transistors packed into a small space that current methods can’t remove heat quickly enough. 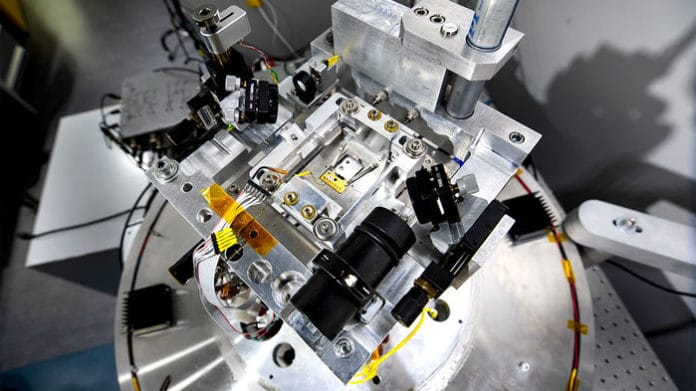 For the first time ever, a team of scientists managed to cool an object with the absence of light. The method, which has never before been tentatively appeared, may someday or another be utilized to cool the parts in microelectronics.

In a common laser cooling experiment, physicists shine laser light from opposite directions- up, down, left, right, front, back—on a puff of gas, for example, rubidium. They tune the lasers correctly so that if an atom moves toward one of them, it ingests a photon and recovers a delicate push toward the center. Set it up perfectly and the light saps away the atom’s kinetic energy, cooling the gas to an exceptionally low temperature.

But Pramod Reddy, an applied physicist at the University of Michigan in Ann Arbor, wanted to try cooling without the special properties of laser light. He and colleagues started with a widget made of semiconducting material commonly found in video screens—a light-emitting diode (LED).

A LED endeavors a quantum mechanical impact to transform electrical vitality into the light. Generally, the LED acts like a little ramp for electrons. Apply a voltage the correct way and it drives electrons up and over the ramp, similar to kids on skateboards. As electrons fall over the incline to a lower vitality state, they emit photons.

Vitally for the investigation, the LED discharges no light when the voltage is turned around, as the electrons can’t go over the slope the other way. Actually, turning around the voltage additionally smothers the device’s infrared radiation—the expansive range of light (counting heat) that you see when you take a gander at a hot object through night vision goggles.

Reddy said, “That effectively makes the device colder—and it means the little thing can work like a microscopic refrigerator. All that’s necessary is to put it close enough to another tiny object. If you take a hot object and a cold object … you can have a radiative exchange of heat.

To demonstrate that they could utilize a LED to cool, the scientists put one just several nanometers—the width of two or three hundred iotas—away from a heat-measuring device called a calorimeter. That was close enough to build the exchange of photons between the two objects, because of a procedure called quantum tunneling. Basically, the hole was small to the point that photons could sometimes jump over it.

Although, the technique probably won’t replace traditional refrigeration techniques or be able to cool materials below temperatures of about 60 K. But it has the potential to someday be used for cooling microelectronics.