A method for identifying corals with the greatest adaptive potential to heat stress. 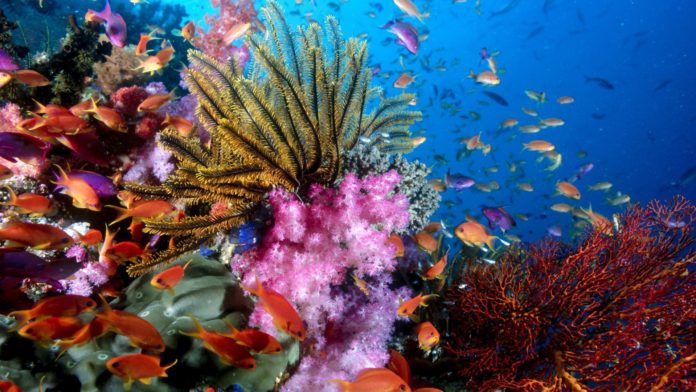 Coral reefs are home to up to one-third of global marine biodiversity and, as such, are a high conservation priority. Yet, climate change has posed a significant threat to coral reefs.

The conservation strategies for preserving reefs, as they are implemented now, cannot cope with global climatic shifts. Consequently, scientists are advocating for preservation networks to be set‐up to reinforce coral adaptive potential. However, the main obstacle to this implementation is that studies on coral adaption are usually hard to generalize at the scale of a reef system.

A joint effort between EPFL and the French National Research Institute for Sustainable Development (IRD) based in Nouméa, New Caledonia, with the support of the United Nations Environment Programme (UNEP) and the International Coral Reef Initiative (ICRI) has now developed a method for identifying corals with the most significant adaptive potential to heat stress. Scientists also determined how this information could be used to better protect corals by reinforcing their adaptive potential.

The model uses objective, quantifiable, and mappable variables to predict which genotypes are associated with adaptability and, therefore, make it more likely that a particular coral will be better suited to survive in a given environment. They discovered six genomic regions involved in promoting resistance to heat stress.

To develop this model, scientists focused on a flagship coral species in Japan’s Ryukyu Archipelago. They also referred to the results of genetic analysis with satellite data that are showing changes in environmental conditions- correctly, ocean temperature – over the past 30 years.

Using the model, scientists were able to identify individuals carrying potential heat-stress-adapted genotypes and to understand how they disperse to neighboring reefs.

Scientists incorporated the model into a web application that ranks corals by adaptability.

The model is also set to be deployed in two other parts of the world. The Transnational Red Sea Research Center, founded by Professor Anders Meibom at EPFL and supported by the Swiss Federal Department of Foreign Affairs (FDFA), will use it to help coral reef conservation work in the Red Sea, and Monaco, a network operating in the Pacific region, will likewise add the model to its suite of marine conservation tools.