New study could lead to next generation of optical tweezers

A new method of moving microscopic objects around using micro-robotics. 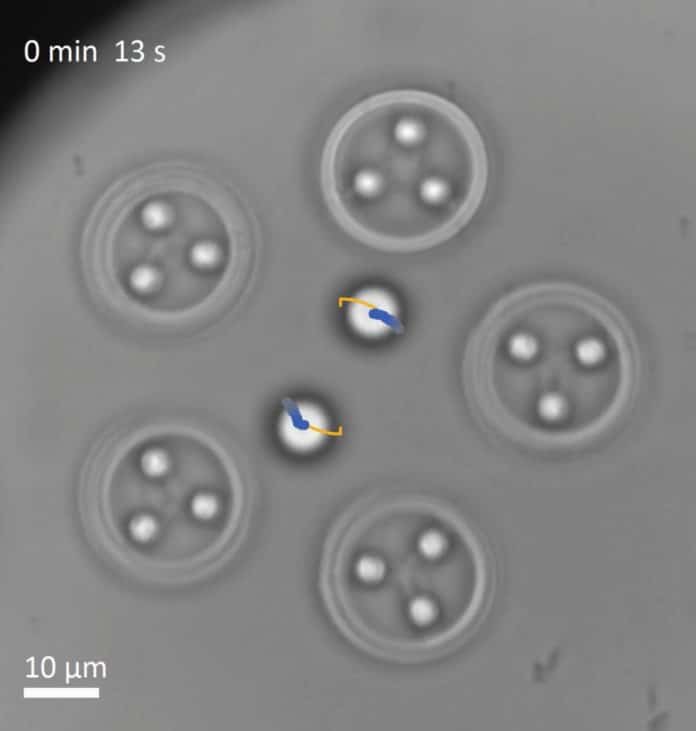 Optical tweezers are usually used to study proteins, biological molecular motors, DNA and the inner life of cells. They work by using light to hold objects as small as a single nanoparticle in one place.

In addition, the tweezers use unusual optical forces created by tightly focused laser beams to trap and manipulate particles, essentially acting as ‘microscopic hands’ for scientists. Continuous advances allowed scientists to manipulate complex objects such as viruses and cells.

Although, the current method has some limitations: the high intensities of light required by optical tweezers can damage live biological specimens, and also restrict the types of objects that can be held.

To overcome these limitations, a team of researchers from the Universities of Glasgow, Bristol, and Exeter, have devised a new method that could lead to the next generation of optical tweezers. Their technique enables optical trapping without focussing any laser light onto the trapped particles.

To do this, the team has developed optically trapped micro-rotors, which are placed in the liquid surrounding the particle, and used to manipulate its movement using fluid flow.

As micro-rotors rotate, they create a wave in the liquid that exerts a force on the particle – much in the same way that a jet of water in a Jacuzzi can push away anything that floats past.

By controlling the directions of each micro-rotor, scientists can either move the particle to a specific location or hold it in one spot – allowing particles to be sorted or imaged at high resolution. Crucially, this new technique allows scientists to use flow to pinpoint one specific particle at a time, and not affect others in close proximity.

David Phillips from the University of Exeter’s Physics department said, “This research expands the applications of optical tweezers to trap particles of any material in a liquid environment, and without risk of photo-damage, and adds to the toolbox of techniques that allow us to develop new nanotechnologies.”

The research is published in the leading journal Nature Communications.

COVID-19 variant B.1.1.7 associated with a significantly higher mortality rate