It is sensitive enough to collect data at very high speeds from sources more than 50 meters away. 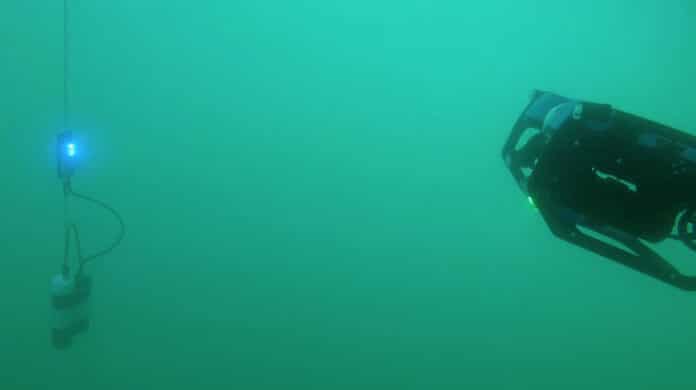 Monitoring different phenomenal activities in an underwater environment, such as environmental impact surveillance, marine life, oil, and gas exploration, is essential. In this regard, underwater wireless communication (UWC) has become a significant field.

Optical, acoustic, and electromagnetic waves have been widely used for data transmission in UWC, but they are very slow and unreliable. Investigation of possible UWC techniques has an influential impact on wireless communications.

Engineers at EPFL spin-off Hydromea have come up with a solution. They come up with an idea of using light for underwater communication.

Alexander Bahr, Hydromea’s COO, said, “Our optical modem gives you a fast wireless underwater connection. It is sensitive enough to collect data at very high speeds from sources more than 50 meters away.”

Felix Schill, the company’s CTO, said, “We chose blue light because even though water is generally opaque for electromagnetic waves, there is a small transparency band for blue and green light. That’s what lets our system send and receive data over long distances.”

“The hardest part about developing LUMA was making sure it could send data over long enough distances and work reliably under all sorts of conditions. Because light generally diffuses so rapidly underwater, finding a way to send communications over distances of 50 or 100 meters was difficult. It took us a long time to develop a receiver sensitive enough to capture tiny light pulses even from far away.”

The modem can operate down to 6,000 meters below the ocean’s surface. It is encased in clear plastic, so it doesn’t collapse under extreme water pressures.

The system has already been tested in the Pacific Ocean, at 4,280 meters below sea level, by scientists at the Alfred Wegener Institute for Polar and Marine Research in Germany.

A new way to combine two different states of matter