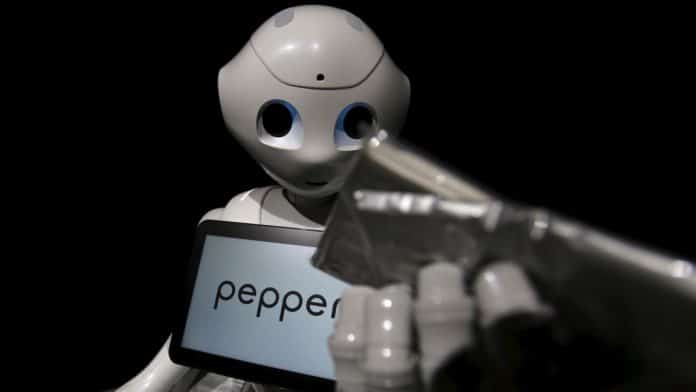 Japanese telecommunications firm SoftBank has developed a new ‘humanoid’ robot known as ‘Pepper’ with some objectives, the robot can be used for various tasks like babysitting, storekeeping, etc.  Pepper is the first humanoid robot that is capable of identifying human emotions and accepting his/her behavior to the mood of his/her communication.

Masayoshi Son, CEO of SoftBank said that “We want to have a robot that will maximize the people’s joy and minimize their sadness.”

According to Son, Pepper is the world’s first robot that has capabilities of human emotions sensing. This Pepper robot senses feelings with the help of Voice Recognition technology and proprietary algorithms that are capable of studying what people are actually feeling.

Son said, “Our vision is to create lovable robots that can understand people’s emotions and then autonomously take action so that the joy of family will become as the happiness for the robot.“

Pepper is more than a robot. He is a genuine humanoid friend developed for communicating with you through his voice in the most intuitive and natural way. Pepper is not a functional robot for domestic use. Instead is designed for people to make them happy, enhancing lives, maintaining relationships and connect them to the outside world.

Peppers currently serve as receptionists in some U.K. offices and in Japanese banks, restaurants and health care facilities.

The new material is half as light as paper, which also makes it more power efficient.
Read more
Robotics

RoboBee can crash, fly, and collide without being damaged

It is the first microrobot powered by soft actuators to achieve controlled flight.
Read more
Robotics

An artificial skin for your devices that mimics human skin