A mechanism for how new blood vessels are formed uncovered

The results could be developed to control the formation of new blood vessels in different diseases. 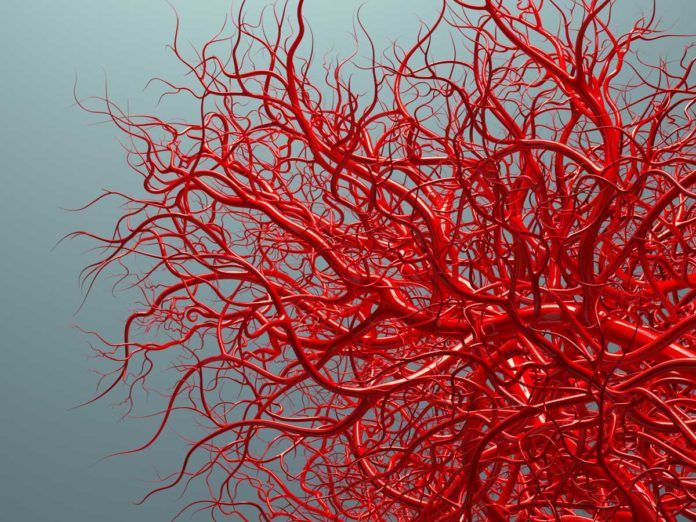 For the first time, scientists at Uppsala University have uncovered a key mechanism responsible for the formation of new blood vessels. The study revealed the mechanism whereby the division of existing cells forms new endothelial cells. Lacking this mechanism may lead to death during embryo development due to an inadequate supply of oxygen to the brain.

Chiara Testini, the first author of the study, said, “We were amazed to discover the importance of genetics in controlling the mechanism of endothelial cell division. Certain types of mice would not survive embryo development, while others would survive but show defects after birth.”

A protein called vascular endothelial growth factor (VEGF) has long been recognized as a master regulator of endothelial cells. It is known to induce these cells to divide and multiply by affecting activities in the cell nucleus. Precisely how this is controlled has eluded explanation. However, in the present study, the researchers demonstrate the involvement of a single amino acid in the receptor protein VEGFR2, which binds VEGF on endothelial cells.

The authors devised experiments using mice that lacked the amino acid in question in the VEGFR2 protein. In these mice, which had everything needed to make new blood vessels expect for the particular amino acid, the cells were no longer able to send signals to the nucleus to cause cell division.

Lena Claesson-Welsh, Professor at the Department of Immunology, Genetics and Pathology, Uppsala University, Sweden said, “That such a critical mechanism, formation of new blood vessels, is controlled by a single amino acid was unexpected and we had to check the results, again and again, using various techniques. We hope these new findings can be developed to manipulate endothelial cell formation to make more or fewer blood vessels dependent on the need.”

The new study is published in the journal EMBO Reports.

Scientists have designed a molecule for the treatment of COVID-19

Why do some babies grow poorly in the womb?