A strange new mineral found in the diamond

The mineral is highly unusual for an inclusion captured by diamond. 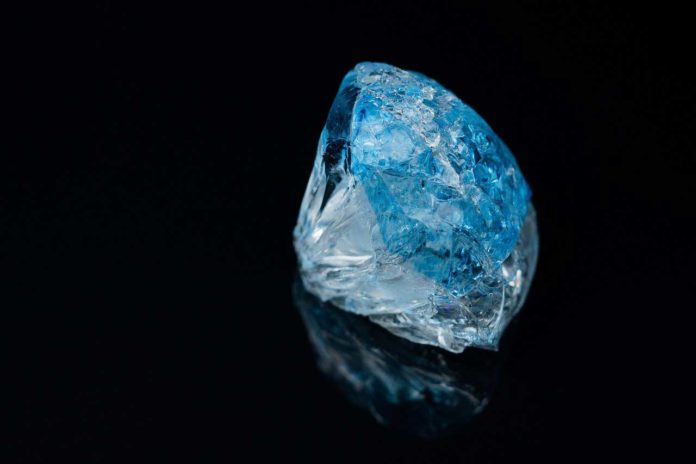 Nicole Meyer, a Ph.D. student from the University of Alberta, has discovered a new mineral called Goldschmidtite, trapped inside a diamond. The mineral has a strange chemical signature for a mineral from Earth’s mantle.

Trapped within the diamond, the discovery of the goldschmidtite- a dark green spec the width of a human hair- is exciting because it gives a glimpse into the geochemistry of the surrounding molten rock as the diamond formed.

Meyer, graduate student in the Diamond Exploration Research and Training School, part of NSERC’s Collaborative Research and Training Experience said, “Goldschmidtite has high concentrations of niobium, potassium, and the rare earth elements lanthanum and cerium, whereas the rest of the mantle is dominated by other elements, such as magnesium and iron. For potassium and niobium to constitute a major proportion of this mineral, it must have formed under exceptional processes that concentrated these unusual elements.”

“Because it is so difficult to access the mantle, scientists rely on tiny mineral inclusions within diamonds to learn more about Earth’s chemistry deep beneath the surface.”

Graham Pearson, Meyer’s co-supervisor, said, “This discovery is the result of a lot of patience and meticulous work by Nicole and the research team. Goldschmidtite is highly unusual for an inclusion captured by diamond and gives us a snap-shot of fluid-processes that affect the deep roots of continents during diamond formation. There have been several attempts to name new minerals after Goldschmidt, but previous ones have been discredited. This one is here to stay.”

The paper describing the discovery is published in the journal American Mineralogist.

Human-made hexagonal diamonds are stiffer than the common cubic diamonds

Study reveals information on an important period in Earth’s formation

Ancient Earth may have given birth to islands of life