Inulin-Propionate Ester: Supplement That Can Switch Off Junk Food Cravings 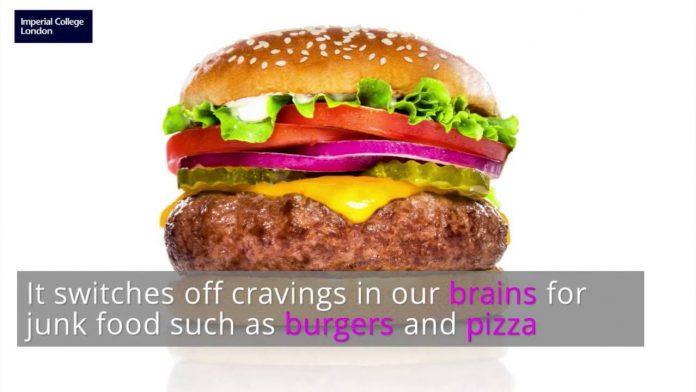 Researchers at Imperial College London, UK have developed a supplement that can switch off the strong desire for high-calorie foods, like pizza and doughnuts. It leaves the healthy appetite unaffected. This new supplement is known as Inulin-Propionate Ester. This supplement not only reduces cravings for junk food but also made them eat smaller portions.

Scientists show that by tweaking inulin to include propionate, a compound called inulin-propionate ester can cause gut bacteria to produce almost 2.5 times more propionate.

To test how that affects appetite, the team gave 20 volunteers either a milkshake or regular insulin on its own. Milkshake contained 10 grams of inulin propionate ester and regular insulin acted as the control.

After that, scientists display them in an MRI scanner. MRI scanner shows different types of low and high-calorie food pictures like salad, fish, chocolate, and cake.

The volunteers who had drunk the inulin-propionate ester supplement had less activity in the stroke areas of their brain instead of the control group. The areas are the caudate and the nucleus accumbens. It happened but only when they looked at the high-calorie foods.

These brain areas are connected to food cravings. Therefore, this suggests that the participants were craving the unhealthy choices less. This was abandoned by the fact that the volunteers revealed finding the high-calorie options are also less attractive.

In the next experiment of the study, the scientists gave the volunteers a bowl of pasta with tomato sauce. They then told them to eat as much as they liked. The volunteers who had drunk the inulin-propionate ester ate 10 percent less pasta than those who had drunk regular inulin.

The results prove that the supplement could not only help people crave less junk food, but also make them eat fewer calories food.

Clair Byrne, one of the researchers involved said, “If we add this to foods it could reduce the urge to consume high-calorie foods.”

Lead researcher Gary Frost said, “Our previous findings showed that people who ate this ingredient gained less weight but we did not know why. This study is filling in a missing bit of the jigsaw and shows that this supplement can decrease activity in brain areas associated with food reward at the same time as reducing the amount of food they eat.”

The scientists also said that “Gut bacteria of some people’s naturally generates high propionate as compared to others. This can tell why some people find it so easy to stay slim, while others put on weight easily.”

This is a small study. Therefore, scientists need to imitate their results and find the link between cravings and inulin-propionate ester. But they are already looking into ways that it could become an advantage for society as a supplement.