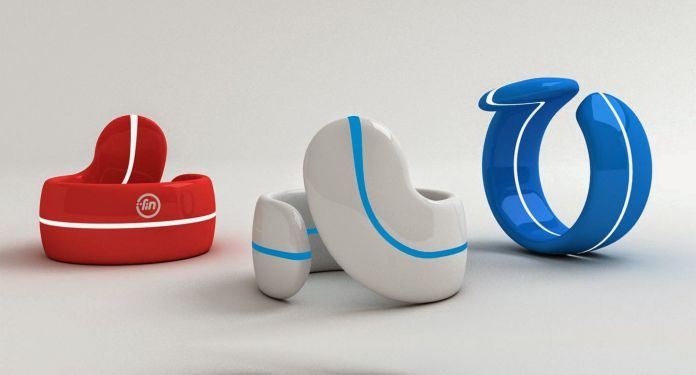 An Indian 23-year-old man, Rohildev N from Kerela has developed a wearable device called Fin. The fin is a small hardware device that you can wear on your thumb as a ring. It will turn your palm into gesture interface.

Recommended: Secure Passwords Can Be Sent Through Your Body

The thumb ring Fin has a sensor in them. The sensors can uniquely recognize each segment of the fingers. For wireless communication, it even has Bluetooth. It uses Bluetooth to connect with other devices like smartphones, TV or another wearable device. Thus, you can assign different functions to each finger segment, and you can perform a function by just making your thumb touch the relevant segment.

It also has some outstanding possibilities. The simple touch of your thumb on a finger segment can send an emergency alert, silence your phone, move to the next track on your playlist, pick up a call. All these are done without taking the phone out of your pocket or bag. Your fingers can be your numeric keypad. You can switch on or off or change the channel on your TV just using your palm. If you have some automation devices, your palm can operate those.

Some simple tips on fingers can even dial a number, navigates a map, open and read SMS and control a wheelchair.

Rohildev said, “There’s no effort, no stress. Unlike other touchless technologies, you don’t have to raise your hand, wave your arms, nothing that tires you. For instance, Ring, from California-based Logbar, can be used to perform functions similar to those that Fin can, but it involves gestures.”

Fin is available at $120 each. But this cost will cut down according to mass manufacturing.

Rohildev said, “The Indiegogo campaign helped us identify some good manufacturers and distributors too. Many want to fund us now. We expect to finalize a $1 million funding in another month. The money raised will be used to complete the product development and for marketing.”