Imaging a zebrafish’s brain at all stages of its development

The approach allows scientists to learn the basic principles of brain structure and function that apply to all vertebrates, including humans. 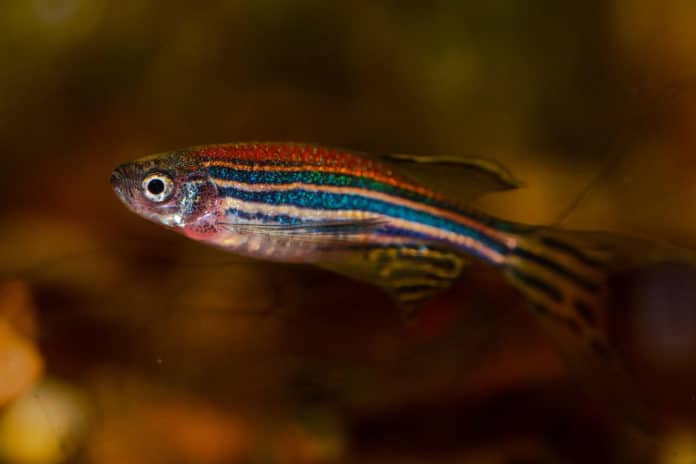 Behaviors emerge up out of activity all through the brain; however, noninvasive optical access in adult vertebrate brains is limited.

Zebrafish are translucent when young, making them good models for live imaging, yet they become hazy with age, which has kept scientists from seeing into a live adult brain.

Now, scientists at the Cornell Neurotech have developed a new structural and functional imaging technique for imaging a zebrafish’s brain at all stages of its development, which could have implications for the study of human brain disorders, including autism.

Using the technique, scientists imaged zebrafish’s brain at cellular resolution. They also have come up with a microscopy tool to use with adult zebrafish engineered with calcium sensors that light up to reveal when neurons are activated.

Joseph Fetcho, professor of neurobiology and behavior and director of Cornell Neurotech in the College of Arts and Sciences, said, “All vertebrate brains are, to a first approximation, the same, with nearly all brain regions [present] in nearly every vertebrate. This is not surprising because they all, even the simplest ones, have to do the same things to survive and reproduce.”

Nerve cells flood with calcium once activated. The fish used in Fetcho’s studies are engineered with a protein that binds to the calcium in nerve cells. The protein likewise fluoresces when energized by laser light with a 480-nanometer wavelength, and the fluorescing cells can be imaged with a microscope.

The new technique works by delivering 1400nm wavelength photons to a focal point in the brain. This way, each photon has a wavelength that’s too long to excite intermediary proteins. Still, three photons together will carry enough energy to excite a fluorescent protein when light is concentrated at the focal point.

By repeatedly imaging, parallel lines add up to a two-dimensional cross-section of a brain region. By repeating this process at different depths, the scientists attain a three-dimensional image of brain structures.

Fetcho said, “With the new tool, scientists may now use fish that are engineered to develop a version of autism and other disorders and watch how the disease progresses as the fish ages. These fish models could also be used to test potential treatments to see if they improve function and how brain structure and function change if a condition improves.”

“This is a step … toward cures for some of the devastating brain disorders faced by humans.”