Water lily genome expands the picture of the early evolution of flowering plants. 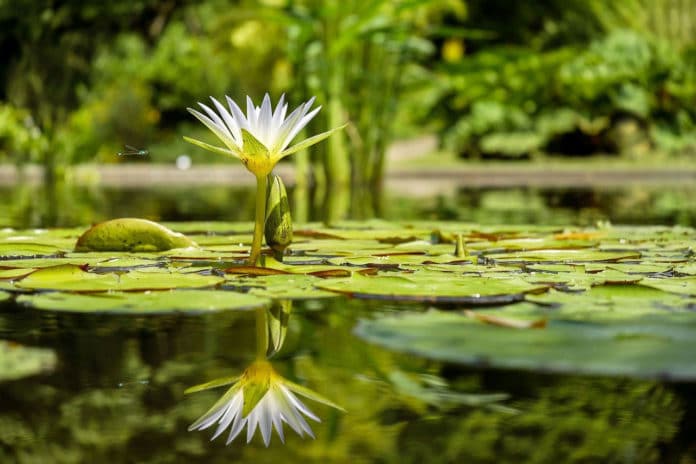 Using high-throughput next-generation sequencing technology, an international team of scientists, led by Penn State- has shed light on the water lily’s genome and transcriptome — the set of all genes expressed as RNAs. The aim was to understand the early evolution of angiosperms, the group of all flowering plants.

The study allowed scientists to assemble most by far of the genome into 14 chromosomes. They found almost 31 thousand protein-coding genes.

Many water lily species, particularly from Nymphaea (Nymphaeaceae), have large and showy flowers and belong to the angiosperms (also called flowering plants). They have limited differentiation in perianths (outer floral organs), but they possess both male and female organs and have diverse scents and colors, similar to many mesangiosperms.

Hong Ma, associate dean for research and innovation, Huck Distinguished Research Professor of Plant Molecular Biology, and professor of biology at Penn State said, “I previously contributed to the sequencing and analysis of the genome of Amborella, which represents the earliest branch to separate from other flowering plants, but Amborella lacks big showy, colorful flowers and attractive floral scent, both of which serve to attract pollinators in most groups of flowering plants. We were interested in the water lily genome to help us understand how these traits evolved.”

Evolutionary comparison of the water lily genome to the genomes of Amborella, other angiosperms, and a few gymnosperms — the group of seed-bearing plants that don’t produce flowers — affirmed the position of Amborella, which imparts a few attributes to the gymnosperms, as the most punctual of at present living angiosperms to isolate from other flowering plants.

Water lilies were the next branch to diverge from a third branch (Austrobaileyales, which incorporates star anise) and a fourth enormous group called the mesangiosperms, which contains over 99% of living flowering plants.

Scientists used molecular dating to appraise the separation of the group of water lilies (Nymphaeaceae) from different groups of related aquatic plants at somewhere close to 147 and 185 million years ago, with an entire genome duplication (WGD)/polyploidy event at about a same time. A significant number of the critical genes for flower development held in this WGD.

Also, scientists analyzed genes in the water lily genome that are likely important for the generation of molecules for attractive color and fragrance. This characteristic does not found in Amborella.

They identified a large extension in the number of genes associated with the biosynthesis of floral fragrance in water lilies. These genes appear to have evolved parallelly with different angiosperms. They likewise identified that essential proteins play a vital role in the attractive coloring of the flowers.

Ma said, “Having the water lily genome allows us to explore these important traits in flowering plants and especially among horticultural plants. Brightly colored flowers and floral scent likely evolved through interaction with pollinators, and such flowers are ultimately essential for the success of flowering plants. Identification of the key synthetic genes of blue petals has important reference value for breeding blue petal varieties.”

Other co-authors of the study include Liangsheng Zhang and Haibao Tang of the Fujian Agriculture and Forestry University in Fuzhou, China; Fei Chen and Feng Chen of Nanjing Agricultural University in Nanjing, China, and the University of Tennessee, Knoxville; and Yves Van de Peer of Ghent University in Belgium, and includes 47 authors from 23 institutions.