With a lot of ingenuity and a little luck, researchers monitored the heart rate of a blue whale in the wild. 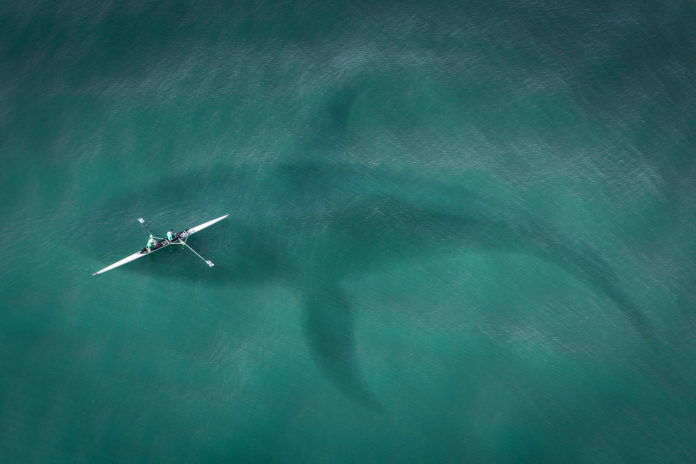 The biology of the blue whale has long fascinated physiologists because of the animal’s extreme size. Despite high energetic demands from a large body, low mass-specific metabolic rates are likely powered by low heart rates.

For the first-ever time, scientists have measured the heart rate of the world’s largest creature using a bright orange electrocardiogram machine attached with suction cups to the body of a blue whale.

The maximum heart rate they recorded was 37 beats per minute after the air-breathing marine mammal returned to the surface from a foraging dive.

To monitor a whale’s heart rhythm swimming in the open ocean, scientists created a tag device, encased in an orange plastic shell, that contained an electrocardiogram machine. The device had four suction cups to enable them to attach it to the whale non-invasively.

Scientists used an electrocardiogram (ECG)-depth recorder tag to measure blue whale heart rates during foraging dives as deep as 184 m and as long as 16.5 min. Heart rates during dives were typically 4 to 8 beats min−1 (bpm) and as low as two bpm, while after-dive surface heart rates were 25 to 37 bpm, near the estimated maximum heart rate possible.

Scientists noted, “The blue whale, which can reach up to 100 feet (30 meters) long and weigh 200 tons, lowers its heart rate to as little as two beats per minute as it lunges under the ocean surface for food. Particularly, new measures of vital rates and physiological rates help us understand how animals work at the upper extreme of body mass.”

Jeremy Goldbogen, assistant professor of biology in the School of Humanities Sciences at Stanford, said, “We had no idea that this would work, and we were skeptical even when we saw the initial data. With a very keen eye, Paul Ponganis – our collaborator from the Scripps Institution of Oceanography – found the first heartbeats in the data. There were a lot of high fives and victory laps around the lab.”

The data suggest that a blue whale’s heart is already working at its limit, which may explain why blue whales have never evolved to be more significant. Studies like this add to our fundamental knowledge of biology and can also inform conservation efforts.

Goldbogen said, “Animals that are operating at physiological extremes can help us understand biological limits to size. They may also be particularly susceptible to changes in their environment that could affect their food supply. Therefore, these studies may have important implications for the conservation and management of endangered species like blue whales.”

The study is published in Proceedings of the National Academy of Sciences.