Yale finds a (much) earlier birth date for tectonic plates. 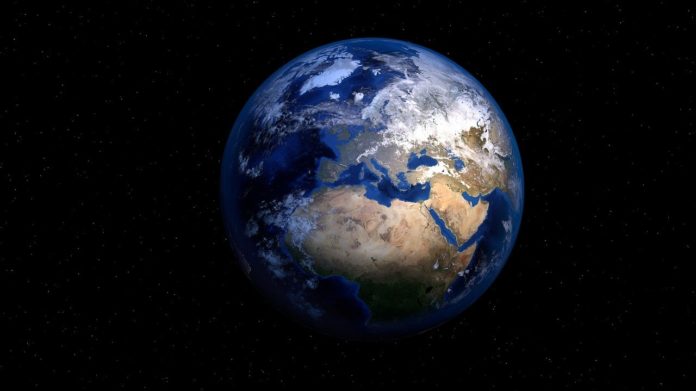 Tectonic plates are gigantic segments or pieces of the earth’s crust and uppermost mantle that together constitute the Lithosphere. They are large slabs of rock embedded in the earth’s crust and upper mantle, the next layer down. The interactions of these plates shape all cutting edge landmasses and impact the significant features of planetary geology— from earthquakes and volcanoes to the rise of continents.

However, the age of earth’s tectonic plates is an enduring puzzle in geology.

A new study by the Yale geophysicists seems to figure out the answer.

According to the study, earth’s ever-shifting, an underground network of tectonic plates was firmly in place more than 4 billion years ago. It was on the earth for longer than we initially thought.

Jun Korenaga, a professor of earth and planetary sciences at Yale’s Faculty of Arts and Sciences, said, “Understanding when plate tectonics started on Earth has long been a fundamentally difficult problem. As we go back deeper in time, we have fewer geological records.”

“One promising proxy for determining if tectonic plates were operational is the growth of continents. This is because the only way to build up a continent-sized chunk of land is for surrounding surface rock to keep sinking deeply over a long period — a process called subduction that is possible only through plate tectonics.”

For this study, scientists devised a geochemical simulation of the early Earth based on the element argon — an inert gas that landmasses emit into the atmosphere. Argon is too heavy to escape Earth’s gravity, so it remains in the atmosphere like a geochemical ledger.

Scientists noted, “Most of the argon in Earth’s atmosphere is 40Ar — a product of the radioactive decay of 40K (potassium), which is found in the crust and mantle of continents. The model looked at the atmospheric argon that has gradually accumulated over the history of the planet to determine the age of continental growth.”

While creating the simulation, the most difficult was to incorporate the effects of a geological process called crustal recycling. It is a tectonic process by which surface material from the lithosphere is recycled into the mantle by subduction erosion or delamination.

The simulation thus had to account for argon gas emissions that were not part of continental growth.

The model is the first to combine argon degassing with the thermal evolution of Earth in a self-consistent manner and to incorporate the effect of crustal recycling and reworking using the distributions of crustal formation and surface ages.

Korenaga said, “The making of continental crust is not a one-way process.”