A remarkably tight connection between the stellar mass distribution of massive central galaxies and their host dark matter halo mass. 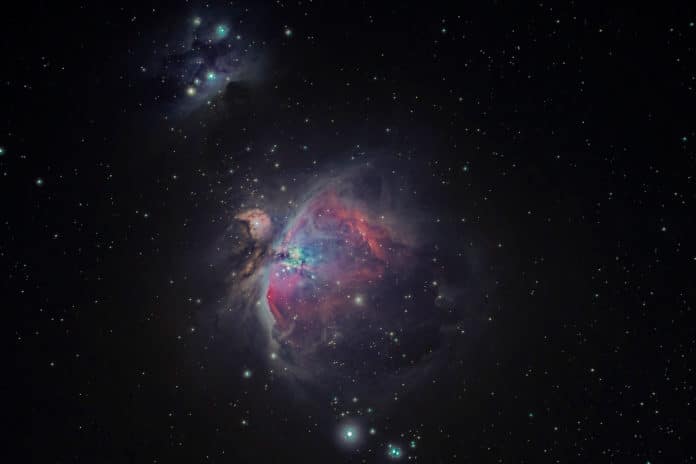 Dark matter is a hypothetical invisible mass thought to be responsible for adding gravity to galaxies and other bodies. However, the nature of dark matter remains a mystery, and the rest is of the kind found in atoms. It exhibits gravity but otherwise does not interact with normal matter, nor does it emit light.

Astronomers, considering the evolution of galaxies, find that since it is so abundant dark matter does, however, dominate the formation in the universe of large-scale structures like clusters of galaxies.

Regardless of being difficult to detect directly, dark matter can be followed by demonstrating sensitive observations of the distributions of galaxies across a range of scales. Galaxies usually reside at the centers of vast clumps of dark matter called haloes because they surround the worlds. Gravitational lensing of more distant galaxies by foreground dark matter haloes offers an exceptionally unique and powerful probe of the detailed distribution of dark matter.

“Weak lensing” results in modestly yet systematically deforming shapes of background galaxies and can provide robust constraints on the distribution of dark matter within the clusters; “strong lensing,” in contrast, creates highly distorted, magnified, and occasionally multiple images of a single source.

In the previous decade, perceptions and hydrodynamic simulations have essentially facilitated our comprehension of how monstrous galaxies create, with a two-phase scenario now favored. In the initial step, the massive cores of today’s galaxies form at cosmological times from the gravitational collapse of matter into a galaxy, together with their encompassing dark matter halo.

Star-formation then helps the outstanding mass of the universe. The most massive galaxies, in any case, have a second stage wherein they catch stars from the external regions of other galaxies, and more their star formation subsides this phase dominates their assembly. Computer models and some observational outcomes seem to affirm this scenario.

Using weak lensing analyses, they found that information about the assembly history of massive dark matter halos is encoded in the stellar mass distributions of massive central galaxies. Among other implications, the scientists show that for galaxies of the same mass, those with more extended shapes tend to have more massive dark matter halos. The results open a new window for exploring how massive galaxies form and evolve over cosmic time.