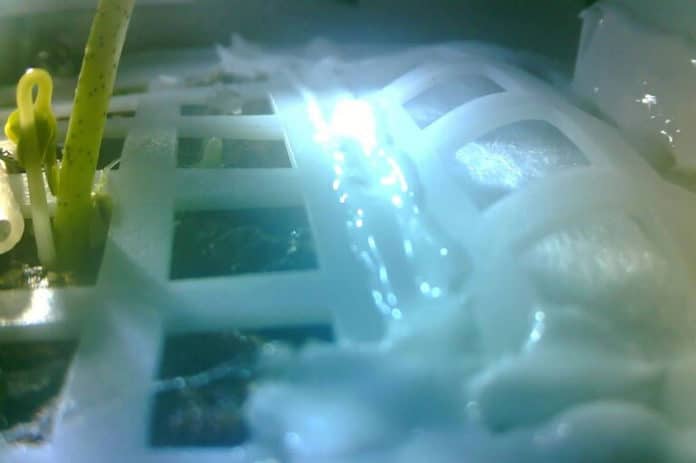 According to the recent report, a small green seed sprout is growing on the moon. For the first ever time, a cotton seed germinated on board a Chinese lunar lander.

Plants have been grown on the International Space Station before but never on the Moon. The ability to grow plants on the Moon will be integral for long-term space missions, like a trip to Mars which would take about two-and-a-half years.

The Advanced Technology Research Institute at Chongqing University released a series of photos, that suggests the sprout has emerged from a lattice-like structure inside a canister since the Chang’e-4 lander set down earlier this month.

Inside are cotton, potato, and Arabidopsis seeds—a plant of the mustard family—just as fruit fly eggs and yeast. Pictures sent back by the probe demonstrate a cotton sprout has grown well, yet so far none of the other plants has taken.

Earlier this year, the China National Space Administration (CNSA) landed the robotic probe Chang’e 4 in the unexplored South Pole-Aitken basin, the largest, oldest, deepest, a crater on the moon’s surface.

The probe equipped with instruments developed by scientists from Sweden, Germany, and China to study the lunar environment, cosmic radiation and the interaction between solar wind and the moon’s surface.

Finsen crater on the moon’s far side is 3.5 billion years old