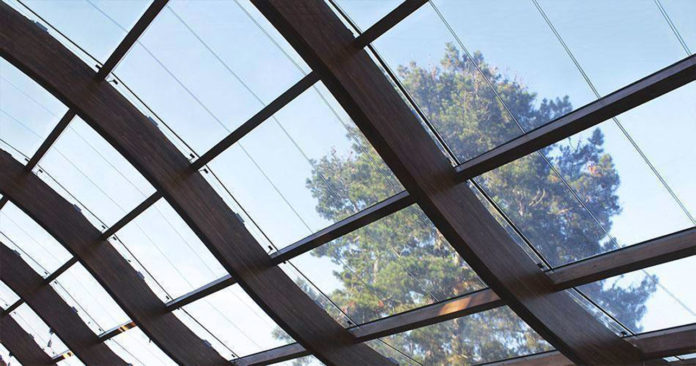 Transparent solar cells (TSCs) are emerging devices that combine the benefits of visible transparency and light-to-electricity conversion. Currently, existing TSCs depend dominatingly on organics, dyes, and perovskites; however, the rigidity and color-tinted transparent nature of those devices strongly limit the utility of the resulting TSCs for real-world applications.

The silicon rods act as a photoactive layer, absorbing sunlight and producing electricity. These silicone rods are arranged at interims that are transparent and invisible to the naked eye. Therefore, the new solar cell keeps up the open and flexible properties of the substrate itself.

Scientists also changed the shape of the SiMW tip significantly for increased light absorption while maintaining transparency. Given the analysis of the light absorption mechanism in the silicon rods, the team designed the light reflected from the top of the bar to be consumed by the bar next to it.

Sung Bum Kang (Combined MS/Ph.D. program in the School of Materials Science and Engineering, UNIST), the first author of the study said, “This is a new attempt to apply the results of analyzing the theoretical light absorption mechanism to the development of high performance transparent solar cells. Thus, this recycling structure that reuses has increased the efficiency of the entire solar cell.”

Professor Kyoung Jin Choi, in the School of Materials Science and Engineering at UNIST, said, “Existing transparent solar cells were manufactured on rigid glass substrates, so their application range was limited. The new solar cell is expected to maintain its initial efficiency of more than 95% even after dozens of bending tests, and be applied to a variety of buildings, vehicle glass, and portable electronic devices.”

The findings of this research have been published in Light: Science and Application, a peer-reviewed, open-access scientific journal published by the Nature Publishing Group on December 12, 2019.