The Hubbard model used to understand electron behavior in numerous quantum materials, now shows us its stripes, and superconductivity too, in simulations for cuprate superconductors. 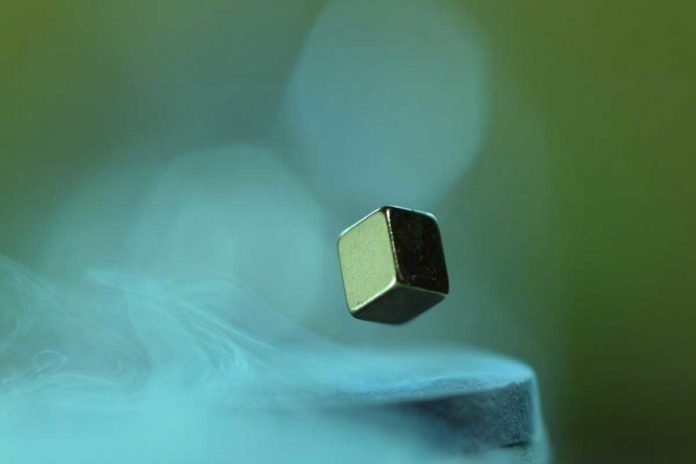 Now, scientists have finally discovered that the Hubbard model can be utilized to simulate and understand high-temperature superconductivity.

By running simulations, specialists may be able to flip superconductivity on and off in copper-based materials called Cuprates by tweaking their chemistry.

For this study, scientists created a virtual version of a cuprate on a square lattice, similar to a wire fence with square holes. The copper and oxygen atoms are bound to planes in the original material; however, in the virtual version, they become single, virtual atoms that sit at sit of the intersections where wires meet.

Each one of these virtual atoms can accommodate almost two electrons that are allowed to bounce or hop– either to their immediate neighbors on the square lattice or diagonally across each square.

Applying DMRG, one of the most powerful algorithms for modeling situations like this is known as density matrix renormalization group, to the system, scientists noticed changes in the electrons’ hopping patterns had a noticeable effect on the relationship between charge stripes and superconductivity.

The electrons’ hopping patterns to their immediate neighbors on the square lattice made stronger charge stripes’ patterns, but no superconductivity state appeared. When electrons were permitted to bounce diagonally, charge stripes debilitated, and finally emerged the superconducting state.

Study co-author Thomas Devereaux, director of the Stanford Institute for Materials and Energy Sciences (SIMES) at SLAC said, “Until now we could not push far enough in our modeling to see if charge stripes and superconductivity can coexist when this material is in its lowest energy state. Now we know they do, at least for systems of this size.”

“It’s still an open question whether the Hubbard model describes all of the incredibly complex behavior of real cuprates. Even a small increase in the complexity of the system would require a huge leap in the power of the algorithm used to model it. The time it takes to do your simulation goes up exponentially fast with the width of the system you want to study. It’s exponentially more complicated and demanding.”

“But with these results, we now have a fully interacting model that describes high-temperature superconductivity, at least for systems at the sizes we can study, and that’s a big step forward.”