The study linked these genetic differences with the connections between areas of the brain related to language. 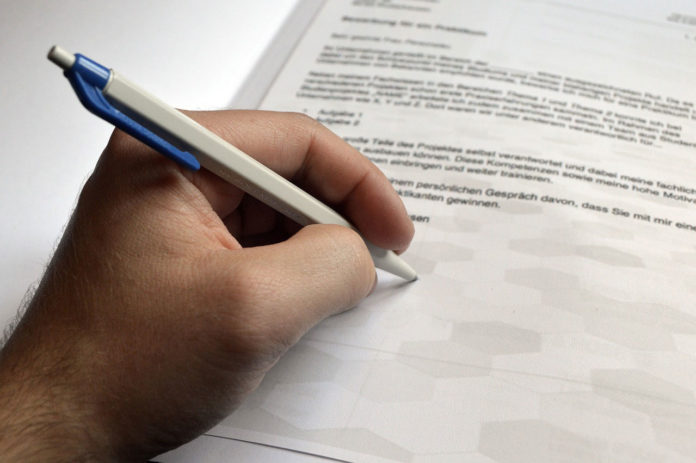 90% of the human populace has been right handed since the Paleolithic, yet the brain signature and genetic basis of handedness remain poorly characterized. Studies have suggested that 25% of the variation in handedness can be attributed to genes – but which genes these are had not been established in the general population.

A new study by the University of Oxford distinguished a portion of the genetic variations related with left-handedness by analysing the genomes of around 400,000 individuals from UK Biobank, which included 38,332 left handers.

They particularly identified four regions: Three among these were associated with proteins involved in brain development and structure. These protenis, specifically were related to microtubules, which are part of the scaffolding inside cells, called the cytoskeleton, which guides the construction and functioning of the cells in the body.

Then by using detailed brain imaging phenotypes from ∼9000 UK Biobank participants with handedness, scientits found that these genetic effects were associated with differences in brain structure, in white matter tracts – which contain the cytoskeleton of the brain – that joins language-related regions.

Dr Akira Wiberg, a Medical Research Council fellow at the University of Oxford, who carried out the analyses, said: “Around 90% of people are right-handed, and this has been the case for at least 10,000 years. Many researchers have studied the biological basis of handedness, but using large datasets from UK Biobank has allowed us to shed considerably more light on the processes leading to left-handedness.”

“We discovered that, in left-handed participants, the language areas of the left and right sides of the brain communicate with each other in a more coordinated way. This raises the intriguing possibility for future research that left-handers might have an advantage when it comes to performing verbal tasks, but it must be remembered that these differences were only seen as averages over very large numbers of people and not all left-handers will be similar.”

Professor Gwenaëlle Douaud, joint senior author on the study, from the Wellcome Centre for Integrative Neuroimaging, said: “Many animals show left-right asymmetry in their development, such as snail shells coiling to the left or right, and this is driven by genes for cell scaffolding, what we call the “cytoskeleton”.”

“For the first time in humans, we have been able to establish that these handedness-associated cytoskeletal differences are actually visible in the brain. We know from other animals, such as snails and frogs, that these effects are caused by very early genetically-guided events, so this raises the tantalising possibility that the hallmarks of the future development of handedness start appearing in the brain in the womb.”

Scientists also discovered the association between the genetic regions involved in left-handedness and a very slightly lower chance of having Parkinson’s disease and schizophrenia. However, this association just relate to an extreamly small distinction in the actual number of individuals with these diseases and are correlational so they don’t show cause and effect. Contemplating the genetic links could improve comprehension of how these erious medical conditions create.

Professor Dominic Furniss, joint senior author on the study, from the Nuffield Department of Orthopaedics, Rheumatology, and Musculoskeletal Science at the University of Oxford, said: “Throughout history, left-handedness has been considered unlucky, or even malicious. Indeed, this is reflected in the words for left and right in many languages. For example, in English “right” also means correct or proper; in French “gauche” means both left and clumsy.”

“Here we have demonstrated that left-handedness is a consequence of the developmental biology of the brain, in part driven by the complex interplay of many genes. It is part of the rich tapestry of what makes us human.”

The study is published in the Journal of Neurology.